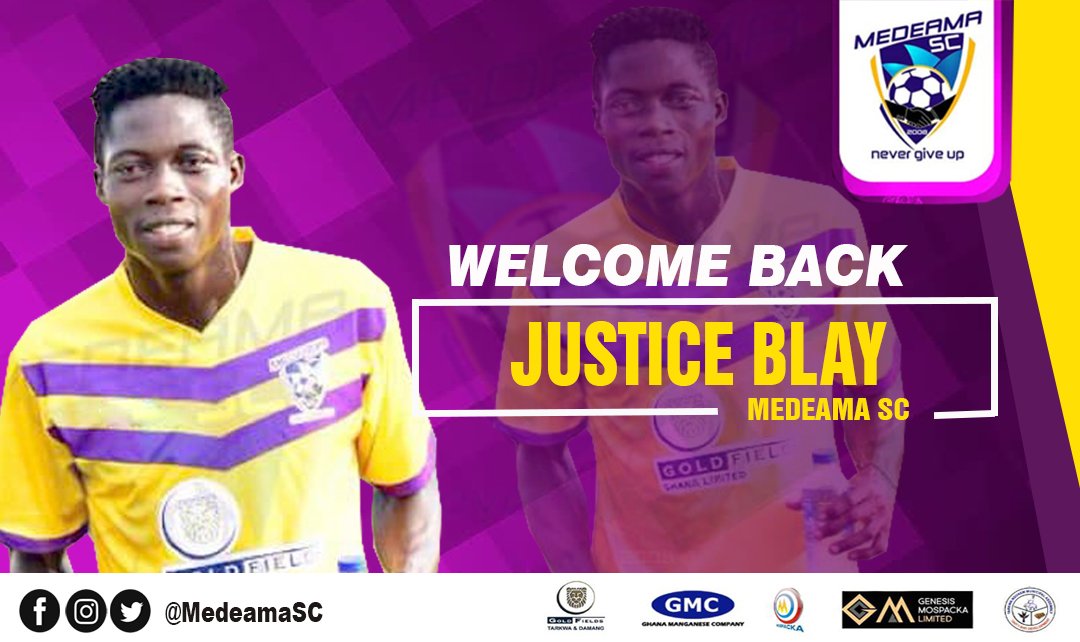 Medeama Sporting Club (SC) has confirmed that midfielder Justice Blay has returned to the club after ending his loan stay with Kumasi Asante Kotoko.

The highly-rated midfield maestro was signed by the Porcupine Warriors in 2019 prior to the team's participation in the CAF Champions League.

During his stay, Justice Blay performed outstandingly well where he established himself as one of their best players.

At the end of his loan spell, the midfielder is now returning to his parents club despite strong interest from the Ghana Premier League giants to sign him on a permanent basis

“And the Blaaaaaaaay returns! Justice Blay returns to Tarkwa after ending a season long loan at Asante Kotoko.

Kotoko remains interested in the signature of Justice Blay and are expected to negotiate his capture before the next football season starts.

And the Blaaaaaaaay returns!@JusticeBlay_ returns to Tarkwa after ending a season long loan at Asante Kotoko.