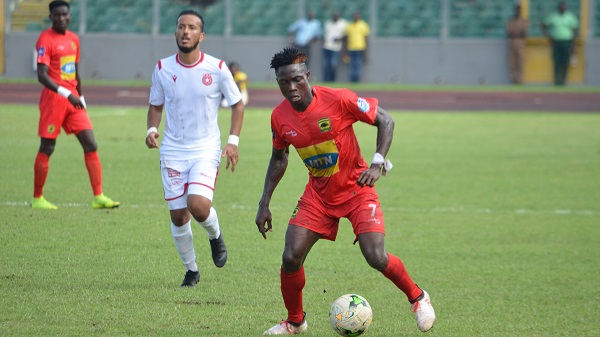 Asante Kotoko are keen on finalising a permanent contract with the combative midfield who joined the club on a season-long loan from Medeama SC a few months ago and has been impressive for the Reds.

The midfielder has been a key member in coach Kjetil Zachariassen’s team after making six appearances with a goal for the club so far.

The 27-year-old has been invited to the Black Stars 'B' for the 2020 CHAN qualifier against Burkina Faso Following his splendid display for the Porcupines.

His midfield prowess will surely be needed as Kotoko will try to avoid a defeat when they travel to Tunisia for the return game with a 2-0 goal advantage.