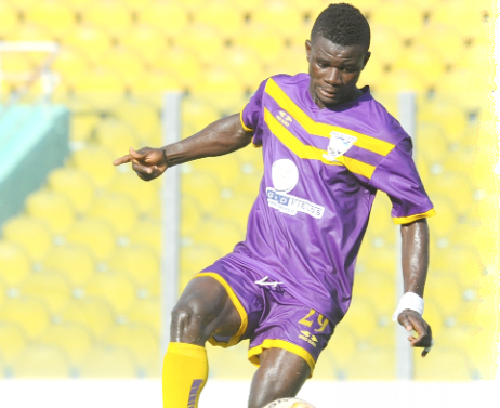 Midfield maestro, Kwasi Donsu will miss Medeama SC’s clash against Legon Cities FC on Friday as a result of an injury he is carrying.

The experienced midfielder missed the defeat against Dreams FC on Matchday 2 of the Ghana Premier League and is not expected to recover in time for the next game.

Ahead of the Legon Cities FC encounter, Coach Samuel Boadu will have midfielder Rashid Nortey at his disposal.

With the midfielder recently recovering from an illness, the gaffer says he will make a decision on using him prior to kickoff.

“Rashid had been sick for sometime but now well after training fully with the team. We will make a decision on him before the match,” Coach Samuel Boadu said while speaking to medeamasc.com.

The crucial encounter between Legon Cities FC and Medeama will be played tomorrow at the Accra Sports Stadium.

Both teams are without a win and will be keen on picking up maximum points.