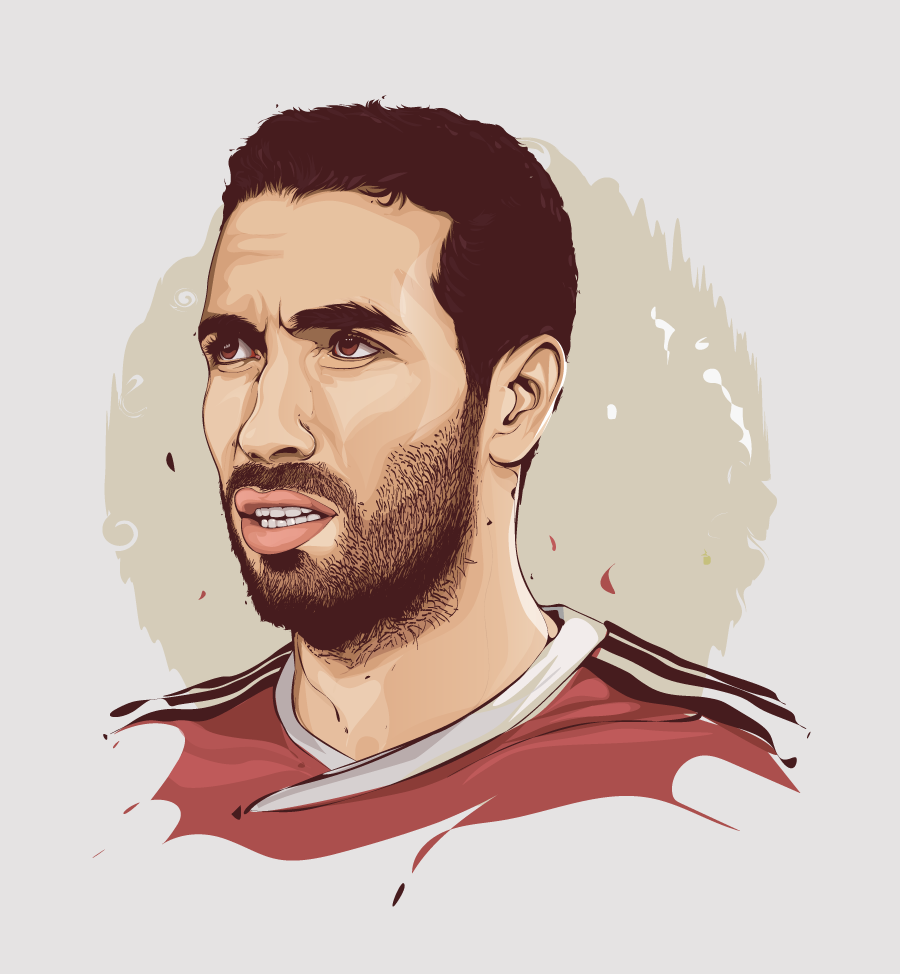 Maestros are typically defined as midfielders who are able to control games with their creativity, similarly to how a conductor directs a musical performance. Maestros can flip games on their head with their trickery and technical ability. They are players with an uncanny ability to move the ball, whether it be by slaloming through defences or picking out passes that turned heads.

Maestros are a bit of a dying breed in football today, especially with the phasing out of the traditional number 10 role, but they made many of us fall in love with football. The likes of Ronaldinho and Zidane come to mind when considering world football’s greatest maestros, but what about the Africans?

In this series we will reminisce on Africa’s greatest maestros with words and video – and who better to start with than Al Ahly and Egyptian virtuoso Mohamed Aboutrika?

Watching Aboutrika, over the course of many games or on a highlight tape on YouTube, you realize that he checks off every box in what you want from an attacking midfielder. Dribbling, passing, vision, accuracy, creativity, composure…you name it. And on top of all of that, he had an absurd scoring ability for a midfielder – from free kicks to thunderous long-range strikes.

Whenever Al Ahly or Egypt needed something to happen, they looked to Aboutrika to open the game up. Just like how you knew Arjen Robben would always cut in from the right wing onto his left, viewers of Ahly and Egypt always knew that the ball would have to find Aboutrika in order for magic to happen.

On so many occasions he would drop back to receive the ball 30-40 yards from goal, and within a matter of a few seconds his teammate would be through on goal.

You might guess he was someone who sat back and pinged balls towards goal from deep like Xabi Alonso or David Luiz, but this was not the case. While that type of pass was indeed in his arsenal, Mohamed Aboutrika played incredibly high risk chipped balls into the box from around 15 yards – but he pulled it off with ease.

Any coach would berate a player who, to the untrained eye, simply played a ball in the air into the congested box with an extremely low chance of success, but Aboutrika made it look so simple.

These balls would be perfectly weighted, looping over the defense and falling to the feet of the attacker running into the tiniest amount of space that the pass found.

What stood out to me the most from watching Aboutrika was how he was so effective at changing his direction to beat defenders and create space to make his next move.

Aboutrika wasn’t known as a speed demon, but he was able to make up for it many times over with his balance and dribbling ability.

On so many occasions he is able to execute the perfect flick to eliminate a defender and play a killer pass.

He slowed the game down with his elegance, it’s like he was a hybrid of Sergio Busquets and Lionel Messi.

Whether it be inch-perfect passes or rifled longshots, Aboutrika was able to do it all, and he made it look so, so good. 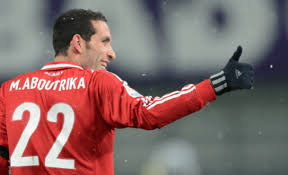 Aboutrika was so much more than a silky midfielder who played in an aesthetically pleasing way: he was a leader and winner on the greatest stage.

He displayed his class in the biggest moments. And like all great maestros do, he made those around him play better.

His greatness can be seen in his transformation of Ahly. The Red Devils, who had not won the league since 2000, beat out Zamalek to Aboutrika’s signature in 2004 – after he propelled Tersana to the first division.

In his first full season with Ahly, they went undefeated in the league, winning by a margin of 31 points.

A few months after tasting African triumph with Ahly, he was tasked with helping Egypt lift the 2006 African Cup of Nations hosted on home soil. Aboutrika’s miraculous efforts with the national team in the qualification rounds for the 2006 World Cup were not enough to lead them all the way to Germany, but he established a place in the national squad as the #10, the central playmaker, the maestro if you will.

He scored twice as Egypt breezed past their group stage. The Pharaohs didn’t face any real challenge until the semi-finals, when they were tied 1-1 with Senegal at a full capacity Cairo International Stadium.

A curling effort from outside the box was denied by the crossbar a few minutes before Senegal equalized after 52 minutes. The match was a deadlock for the next 28 minutes.

80th minute. Egypt have a throw in from a non-dangerous position in the opposition half. Aboutrika, who was not known for being a speedster, bursts past his marker into space on the left wing where his Ahly teammate Mohamed Abdelwahab threw the ball down the line into Aboutrika’s path.

He let the ball bounce three times to reach the baseline before striking across the ball with his weaker foot – perfectly meeting the jumping head of Amr Zaki. Just like that, Egypt had won and moved onto the finals where they faced Didier Drogba and Ivory Coast.

The match was scoreless through regulation and extra time. Egypt were matched against a Les Elephants side who converted 12 out of 12 spot kicks against Cameroon six days earlier.

In a shootout riddled with misses, Aboutrika was the fifth to shoot for his side – the decisive penalty. Score and you get to lift the trophy.

If you had any doubt that he scored I haven’t done a good enough job yet of explaining Aboutrika’s clutch nature.

After returning to Al Ahly to finish the club season, Aboutrika continued his streak of excellence.

He was the top scorer in the Egyptian League with 18 goals as Ahly won the league undefeated for a second straight season. He also won the Egyptian Cup and Super Cup (where he scored a 92nd minute winner).

After that he continued his goal scoring in the Champions League as he finished as the top scorer with eight goals, leading the Red Devils to a second consecutive African title.

To conclude the year, he led his club side to Japan to play in the FIFA Club World Cup. The Club World Cup has always been a stumbling block for African sides, but Aboutrika’s inspiring performances for Ahly in 2006 on the global stage have and will serve as a source of inspiration for African clubs of the future.

He scored a free kick goal Ahly beat Auckland City 2-0 in the quarter finals. He hit the post as his side devastatingly fell to Copa Libertadores champions Internacional 2-1, but Aboutrika led Ahly to a podium finish with an exceptional performance against Club America, scoring a brace: another freekick and finishing off an excellent team play that he started.

His year was rewarded with a nomination for the African Footballer of the Year by CAF and the BBC. Egyptians became accustomed to these types of performances by Aboutrika for the next few years.

Two years later for the 2008 AFCON, Aboutrika stepped up to the occasion again, scoring in the semi-finals and in the only goal of the match in the final to lift the trophy for a second straight time. Arguably more notably that tournament, he scored against Sudan in the group stages. The goal itself wasn’t what made the headlines, it was his celebration – removing his jersey to show a T-shirt reading “Sympathize with Gaza” in protest of Israel. 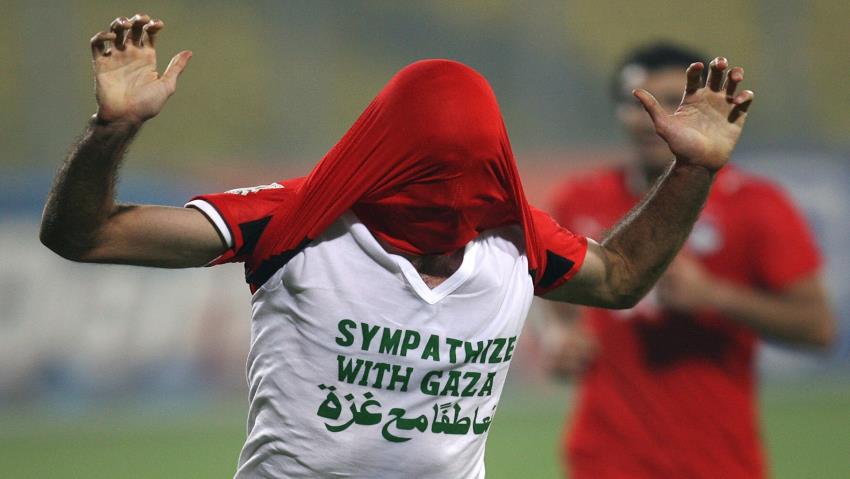 Aboutrika was the King of African football when he played. He proved it on the domestic and continental stages.

He had more iconic performances in the 2009 FIFA Confederations Cup, as well as coming so close to qualifying for the 2010 World Cup, but the Port Said Disaster and its impact on Egyptian football effectively put a hard stop in Aboutrika’s career.

When the rioting began Aboutrika escaped to his team’s locker room, where he found dying fans. A 14-year-old who was dying in Aboutrika’s arms uttered his final words: “I’m glad I got to meet you.”

The events caused Aboutrika to retire from football, but he returned later after reconsidering. The Port Said disaster saw the stoppage of domestic football in Egypt for two years, which severely hurt the national team.

It was miraculous that Ahly were able to win the Champions League just months after disaster, let alone win it again in 2013.

Before retiring for the final time in 2013 at the age of 35, Aboutrika had a brief stint at Baniyas in the United Arab Emirates, a loan deal he was reported to have agreed to only to help his Al Ahly financially.

For his debut, Egyptians in Dubai and general admirers of El Magico caused the attendance to rise to unprecedented levels. Seeing Aboutrika in action was a spectacle.

Many call Mohamed Aboutrika the greatest African to never play in Europe. The fact that he never left Egypt for the greener pastures of Europe is often held against him when evaluating his legacy, but I think it should be weighed in his credit.

Aboutrika’s loyalty, in addition to undoubtedly improving the quality of his club and national team with his play, should be valued in a world today where big money transfers trump club ties.

It’s widely regarded that Aboutrika was a key member of the Ahly and Egypt dynasties during his career – and these are arguably two of the greatest sides in the history of African football.

I would go as far as saying that it wouldn’t be a huge stretch to call him the greatest African to ever play.

I asked renowned Egyptian journalist Amr Nageeb Fahmy of Bein Sports what made Aboutrika so special, and I think his answer perfectly encapsulates Aboutrika’s magic.

“He was always there when it really mattered, a man who relishes big matches and created the magic when it was really needed.”

This was the first part of our series ‘African Maestros’, the next profile will come out next week.