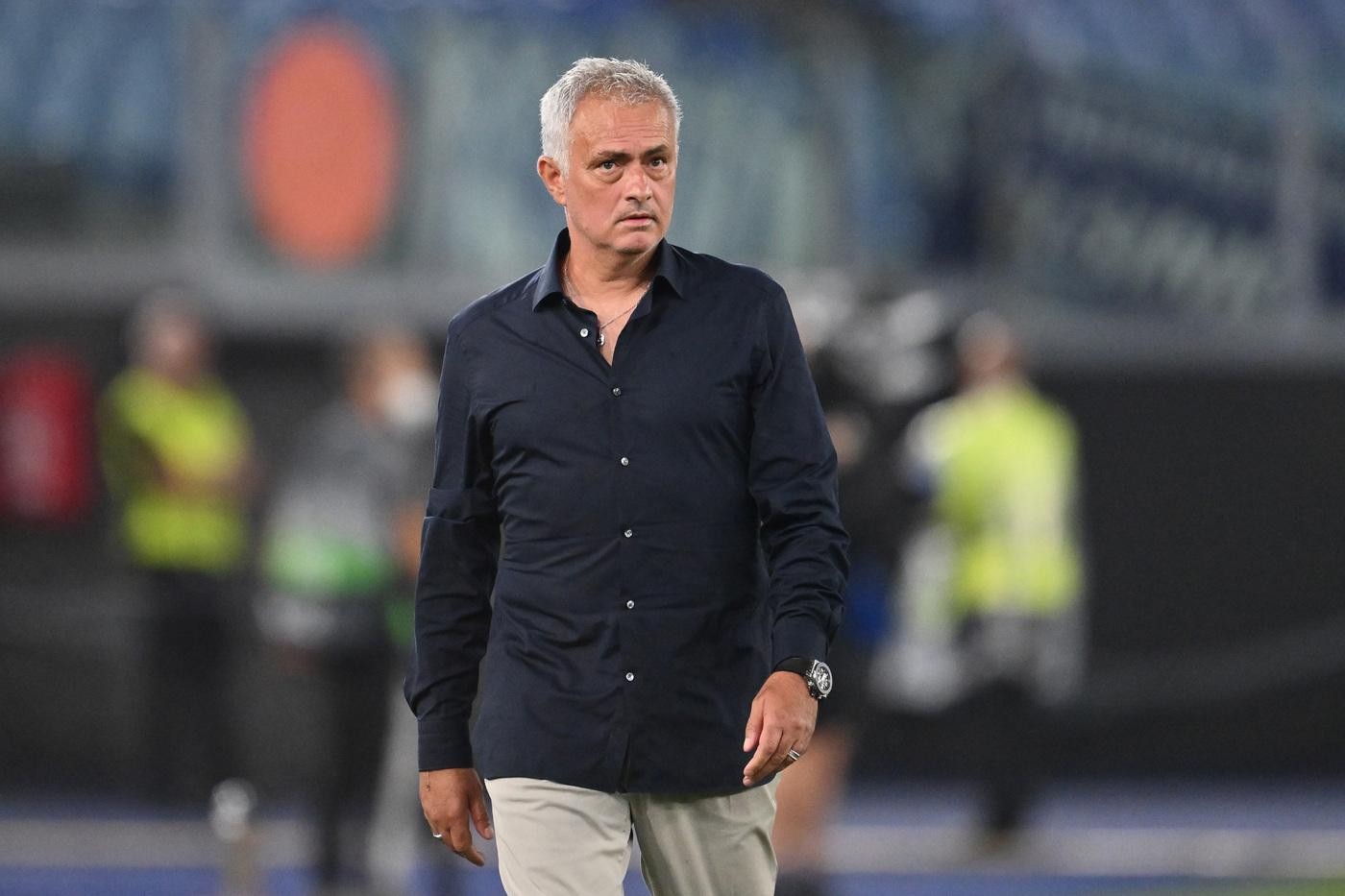 Roma ran out 3-0 winners at the Stadio Olimpico, as Paulo Dybala, Lorenzo Pellegrini and Andrea Belotti got the second half goals.

Helsinki were also reduced to 10 men early in the first half.

Here's what Mourinho made of things...

Your side seemed a bit edgy tonight at times. Was Paulo Dybala the addition needed to break that tension?

“Clearly yes, because he scored the first goal – but I thought that the team came out for the second half with a better attitude anyway. In the first half we played as if it was still 11 against 11, even if they had already had a man sent off. We were too passive.

“In the second half the attitude changed when we want to a back four, we had the stability to keep applying pressure even after scoring two early goals and having an extra man. We kept playin their half.

“I’m sorry for them, they started the game well but after the red card – which VAR got right – it was always going to be tough for them. They are a well-organised side with good ideas. It was a tough game.”

With three playmakers up there you seem to have more quality? Should that setup stay?

“The quality of any team is always important but I think a coach should always try to hide its weaknesses as much as possible as well, and that’s what I try to do. Other coaches are really good as well and they try and work out our weak points, just like I try to do with the teams they face. It’s easy to say that a team should play in a certain way but it’s a lot harder to put it into practice.”

Was the return of Nicolo Zaniolo something the side was missing before?

“I don’t think this game can be taken as an example of anything because we ended up playing against 10 men. Obviously Zaniolo is a player who takes on the responsibility of going at the opposition and drawing them into one-on-one situations. Beyond having the speed and power to get in behind often, he’s also selfless and is willing to chip in with the defensive side of things as well. But I don’t think today’s game can really be taken as evidence of much because we played most of it with an extra man.”

Are you working on this lack of cutting edge in front of goal?

“We are working to keep on improving and we can do that in the build-up phase as well. We need to improve in how quickly we move the ball. Our forwards need to be mean; we waste too many openings. Even Belotti seems to have succumbed to this ‘illness’ a bit, because today he had about four or five backheels that aren’t usually in his repertoire. He needs to score every which way, he just needs to put it in the net. He’s caught the playmaker bug a bit, maybe.

“We create a lot of chances but we don’t score them, so we need to improve at that. But, having said that, I’m still content. In the Europa League we now have a back-to-back contest against Betis, who are really good. That will have a big say on this group.”