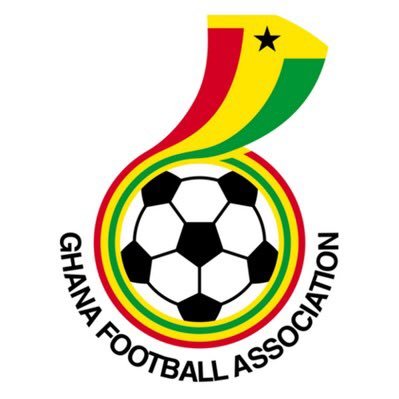 The Ghana Football Association (GFA) Normalization Committee (NC) is set to hold a crunch meeting with representatives of various clubs in the country to discuss the possible return of the local league.

The league has been halted for the past two years due to an Anas Aremeyaw Anas investigative piece into corruption in Ghana football that ended up crippling the football association in the country.

Nearing a year since FIFA and the government came together to form a Normalization Committee to reform the sport in the country, it appears the Ghana Premier League might finally return in the next couple of month.

In a press release from the GFA Normalization Committee, they have invited representatives of the Ghana Premier League clubs, the Division One League clubs, as well as the Women’s Football Clubs to a meeting in Accra on Wednesday, July 17, 2019, to share ideas on the possible return of the 2019/2020 League.

“The Ghana Football Association sends its compliments and kindly requests you to appoint two representatives each from  Premier, Division One and Women Football Clubs accompanied a GHALCA Executive to meet with the GFA officials to discuss the possible start of the 2019/2020 League season”.

“The meeting would be held at the GFA Secretariat, on Wednesday, 17th July, 2019at 11:00Hrs”, the letter dated July 12 and signed by the Deputy General Secretary of the GFA, Ismaila Amin Gado read. 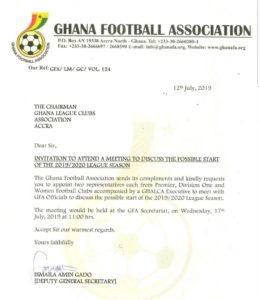