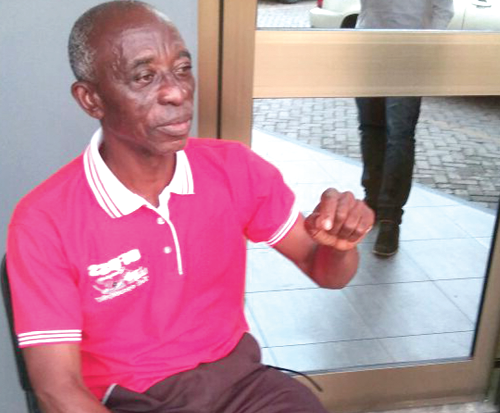 Veteran football administrator, Nana Oduro Nyarko has predicted chaos should the Court of Arbitration for Sports (CAS) rule for re-election on the case between Wilfred Osei Kweku Palmer and the Ghana Football Association (GFA).

The Swiss-based court for the second time postponed the case and has set September 1 to announce the final verdict.

And according to the former Wa All Stars (now Legon Cities FC) Chief Executive Officer (CEO) beleives it will be chaotic should CAS rule for re-election.

“CAS has a principle which says ‘every case on its own merits’. Can you imagine what will happen if CAS orders for re-election, it will be chaotic,” he told Kumasi-based OTEC FM.

It will be recalled that former Black Stars Management Committee chairman, Wilfred Osei Kwaku, affectionately known as Palmer, was disqualified in the build-up to last year’s GFA presidential elections which Kurt Okraku, the incumbent president emerged as the victor.

The Tema Youth bankroller dragged the then Normalization Committee to CAS to seek redress which could have major implications on the football landscape in the country.

One of the reliefs been sought by Palmer at the Court of Arbitration for Sport is for the GFA to conduct fresh elections – which will bring the 10-month reign of Kurt Okraku to a crashing halt.