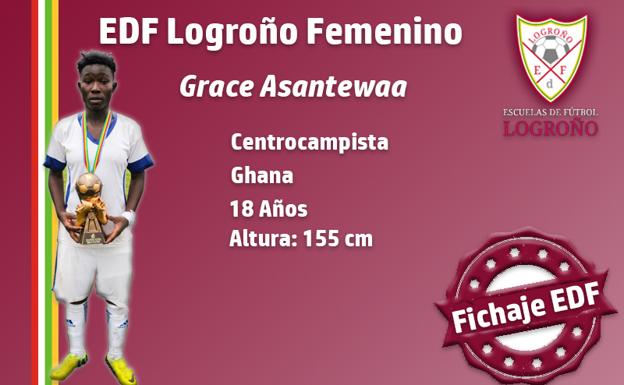 The player has been impressive for both club and country in the past couple of seasons and has convinced the new side to secure her signature ahead of the 2019/2020 season.

Following successful negotiation between the two parties, the player has penned her signature to become an official player of Logroño.

Though this will be Grace Asantewaa’s first European club, she is tipped to succeed due to the quality she has shown whiles representing Ghana in the FIFA U17 and U20 World Cup tournaments.

The midfield enforcer has scored two goals from six international caps and has become an integral member of the side.