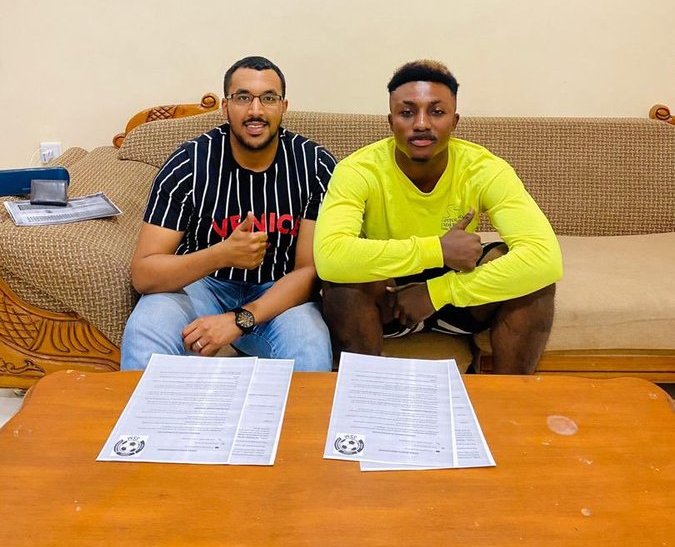 The striker in the past season made 17 appearances for the Sudanese club in the country’s top-flight league where he impressively scored 13 goals.

At the end of the season, he was adjudged the top-scorer of the league and subsequently earned a transfer to Al Merreikh

Now highly-rated, Richard Antwi has caught the eye of Sifeza Sports Management who has decided to bring him under their umbrella.

The top sports consultancy firm in a post today has announced that they have signed the Ghanaian.

The firm which is operating predominantly in Africa is bent on providing top-notch intermediary and scouting services for players, coaches, as well as clubs. They will be representing Antwi from now on and will see to it that he lands top deals as his career advances.

Below is a video of Antwi’s highlights in the Sudanese Premier League:

The left footed striker was the top scorer in the Sudanese Premier League with 13 goals in 17 games for Khartoum Al Watani. pic.twitter.com/RPmYUNWTHX