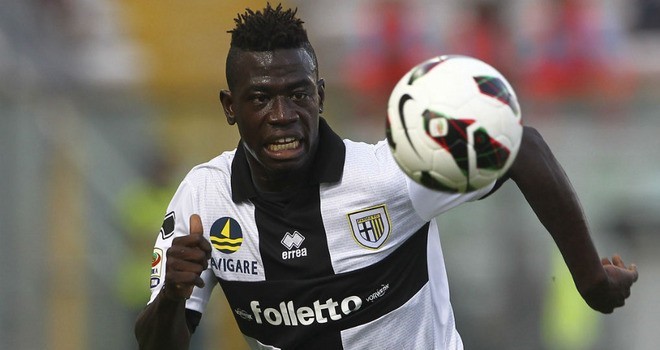 Many people love spending time watching football. It is undoubtedly one of the most popular sports in the world. If you’re a fan of this sport, you’ll probably enjoy watching professionals from Ghana. There is something about these individuals that give them more drive and determination. They’re also willing to put in more effort than their stateside counterparts. Who are some of the most popular players from Ghana? What have these individuals achieved? Below, readers will learn a lot more about the best footballers from Ghana.

Most people have heard of Abedi Pele because he is one of the best Ghana footballers ever. The professional was born on November 5, 1964. The 57-year-old achieved a lot during his career. During his tenure, he primarily played as an attacking midfielder and excelled in this area. At one time, he was also responsible for the Ghana national team since he was the captain. Many agree that Pele is the best African football player ever. He proved himself time and again by dominating the opposition. Despite playing for numerous European clubs, he achieved fame with Lille as a part of the French Ligue 1.

In 1993, Pele helped his team win the UEFA Champions League. Since his retirement, he has participated in several charity matches. Fans love watching Abedi Pele hit the field.

Michael Essien is another brilliant footballer from Ghana. He is also a member of the Ghana national team. Since he is still active, he has more time to break records and create an even bigger name for himself. Essien started playing for Liberty Professionals. He eventually moved to France where he became a member of Bastia. He played with the team for three seasons and was in 60 matches. Then, he joined Lyon and helped the team win two league titles. He was also named the Player of the Year at one point. Suffice to say, Essien is one of the best players in the world.

Michael has played for numerous teams, including Milan, Lyon, Chelsea, Sabail, and Real Madrid. Michael has switched to coaching now. While playing for the Ghana national team, he had nine goals. He last played for the team in 2014.

Jordan Ayew could be one of the most powerful forwards in the Premier League. The 31-year-old has been a dominating force for his team. He is still young so there is plenty of time for Jordan to improve on and off the field. One thing that is interesting about Jordan is that he is the son of Abedi Pele. His brothers are also players. Over the years, Jordan has been a member of numerous teams, including Lorient, Aston Villa, Marseille, Crystal Palace, and Swansea City. In addition to this, Jordan is a member of the Ghana national team.

Jordan was a member of the national team during the 2021 African Cup of Nations. Unfortunately, the team was eliminated early in the competition. Regardless, the Ghana player is one of the best. When he is playing at his best, he is impossible to stop. Fans of the สล็อตเว็บใหญ่ที่สุด will love watching him play.

Fans of Ghana soccer know a lot about Andre Ayew because he is one of the best players in the world. The 32-year-old was born on December 17, 1989, in Seclin, France. Nevertheless, he was born to Ghanaian parents. He started his career playing for Nania in Ghana. At the time, he was only 14. Since then, Andre hasn’t stopped. He has proven to be a powerful force for each of the teams he has played for. Over the years, Andrew has played for countless teams, including Al Sadd, Swansea City, Marseille, West Ham United, and Lorient. In addition to this, he is one of the best members of the Ghana national team.

He has been full international for the team since 2008. During his tenure, he has earned more than 100 caps. When he was younger, he won the African Youth Championship and FIFA U-20 World Cup. Fans also appreciate his charity work. In July 2019, Andre made headlines by making donations to the Ghana team. He did this after captaining the team and leading them to victory just 10 years prior.