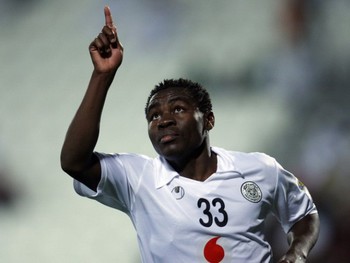 The attacking midfielder, who was part of the Black Satellites history-making squad that won the 2009 FIFA Youth Championship has revealed the reason why he has being inactive for the past eight years.

Agyemang followed his Under 20 achievements with another bronze in 2010, helping an underrated Black Stars side made up of a pool of young players to finish second in the Africa Cup of Nations behind Egypt.

He had the world at his feet and his career was supposed to move on to achieve more, but a plague of injuries halted his development.

Speaking to Angel 96.1 FM a Kumasi based local station he said:

The former Ashgold attacker got a long-term injury when he was sidelined for eight months in 2010 after tearing anterior cruciate ligaments (ACL) which ruled him out of the 2010 Fifa World Cup finals.

Agyeman returned to feature for his club side Al Sadd in the Asian Champions League for 44 minutes.

On July 1, 2012, Agyemang signed for Bulgarian side Levski Sofia but had his contract terminated due to health problems.

Opoku Agyeman now 30, has sadly spent his prime years on the treatment table due to series of injuries, hopefully, he might get another shot at playing regularly again.