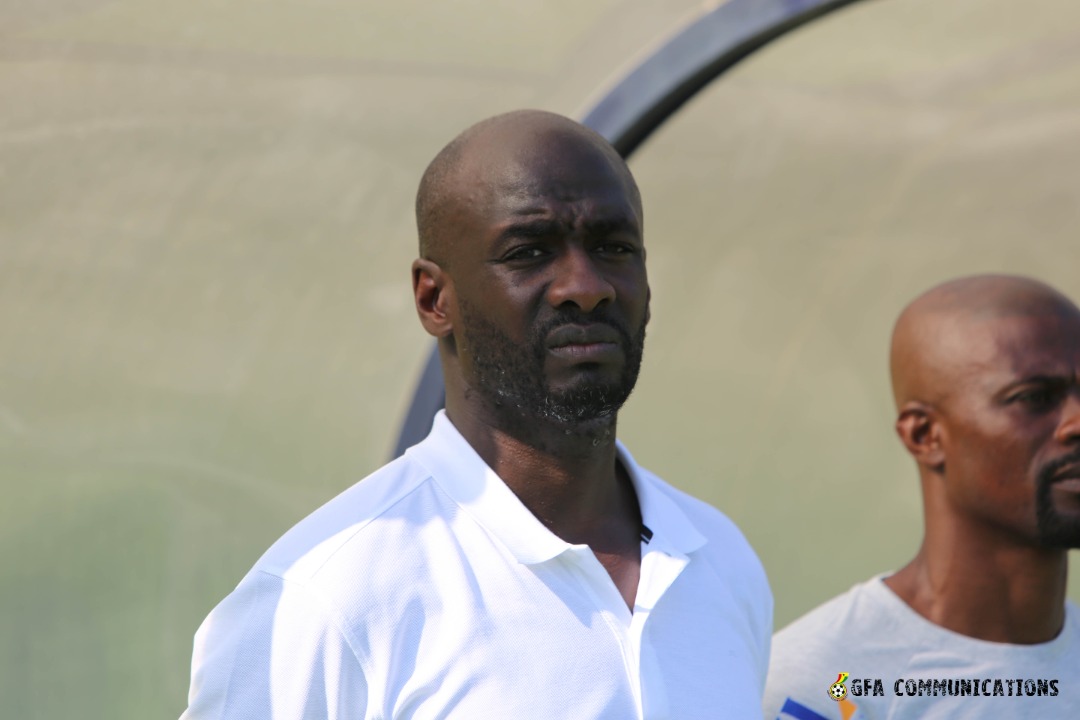 The welcome for the Black Stars on their arrival in Qatar on Friday was almost feverish in feeling and vibrant in verve. An estimated two thousand fans waited at the DoubleTree Hilton, lined up on the streets with local police providing a barrier for the team bus to drive through.

A week ago, the team would absolutely not have experienced this outpouring. What changed, then? A 2-0 win against Switzerland in the last friendly for both teams before the World Cup.

The plan was for Ghana to have a decent game. Just a decent game. Hope for a draw, take the learnings, and prep for their opener next week. Instead, the Black Stars properly upstaged their opposition in Abu Dhabi on Thursday.

The two goals in the space of four second-half minutes were not against the run of play; they were fully merited against a strong Nati side that included Premier League stars Granit Xhaka, Manuel Akanji, Denis Zakaria, as well as top Bundesliga goalkeeper Jan Sommer.

For a moment – the first quarter of an hour, in fact – the West Africans did almost nothing. Switzerland passed the ball around, poking holes and trying to make sense of things.

And that’s where we can begin our observations of this Ghana team that won the game.

Generally not liked by fans, Lawrence Ati-Zigi has struggled to impress his countryfolk since his 2018 national team debut against Iceland. It is unclear where this reputation as a poor goalie comes from, for nothing he does seem good enough.

In this friendly, he made no saves and conceded none (because he did not have to), made one high claim, four clearances, 16/24 accurate passes, and 8/16 long balls. These numbers may mean nothing to lay people, but SuperSport understands that the technical team are happy with his ability to initiate attacks and with how comfortable he is on the ball.

The biggest hint of this feeling came from the coach, Otto Addo, post-game: “We knew that Zigi is good and he did well today. He plays regularly in Switzerland and gets very, very good remarks after each game. We monitor him so there was no concern at all.”

Expect him to start against Portugal.

That Thomas Partey is a world-class midfielder has never been a doubt. That he has not had a Rolls Royce of a partner in defensive midfield for Ghana is not in doubt, either. Against the Swiss, Partey was not featured, as he watched Abdul Salis Samed debut and Elisha Owusu earns a second cap in style.

Samed, in particular, justified the wild hype around him from sports journalists and keen watchers of Ligue 1 in the last two months. He had 61 touches, 92 percent accurate passes, completed four of five long balls, one interception, four tackles, and won five ground duels. Away from the stats, he was smooth, as was Owusu by his side.

They were so poised that by the end of the game, there were, once again, suggestions about not playing Partey as a defensive midfielder against Portugal. The problem with this is that when Partey is deployed in an advanced role for his national team, he’s rarely shone. The selection headaches have truly arrived.

It is precisely these headaches that have plagued Addo since he took charge in February. The starting line-up at the Zayed Sports Centre was another game that the 47-year-old has not repeated the same line-up in consecutive games.

Thursday’s 4-2-3-1 featured Jordan Ayew on the left wing, Ghana Premier League star Afriyie Barnieh on the right (he was electric on the day), and Andre Ayew sandwiched between them. Iñaki Williams was alone up front.

It is a line-up few outside the team would have predicted, laying credence to suggestions that this Black Stars squad may be overloaded with talent – and that’s not a bad thing.

The 2006, 2010, and 2014 World Cup teams were varying degrees of good, this is the first time they go into the global showpiece with two decent players available for every position. As has been said here before, individually this Ghana team is stacked; it’s putting them together that’s the problem. On this occasion, Addo passed the test.

The team that beat Switzerland suggests that Ghana may not need its strongest team at the World Cup all the time; the most efficient may suffice. Indeed, a close look at this squad suggests the possibility of easily fielding two decent line-ups. Not bad. All they need is to gel.

A direct consequence of having diverse talents on a roster is that Ghana can comfortably name different starters to achieve different objectives. That will take time, but against the Swiss, something clicked.

Did the Europeans take their feet off the pedal? No, that will be a disservice to the Black Stars, who pressed well, had a better XG (0.9 - 0.7), more shots (11-7,) and shots on target (6-0). This same Black Stars had stinkers against Brazil and Nicaragua in September.

Beating Switzerland was important because: they come to Qatar unbeaten in Euro qualifying, while Ghana have labored to get here. Switzerland, with a solid core, has been progressively better over the last decade: reaching the last 16 in three tournaments in a row before doing one better at Euro 2020 by getting to the last eight a year ago; Ghana has crashed out of back-to-back Africa Cup of Nations

(Afcon) group stages for the first time – and are starting a rebuild.

The challenge is to find out what worked and to replicate it. Which of the unpredictable Ghana teams will show up against Cristiano and co next Thursday? Which brings us to…

They were spot on. Bringing on Kamaldeen Sulemana, Kofi Kyereh, and Antoine Semenyo changed the tone of the game. Each brought a difference – Kamaldeen’s dynamism, Kyereh’s vision, and Semenyo’s deadpan directness. Have the trio forced themselves into the reckoning with their performance? One would think so, before considering equally good options such as Kudus Mohammed (who did not even make the bench) and Partey, who was unused.

If the Black Stars want flair, there are options. Brawn? Options are available. Pace? Also available. Efficient users of the ball? Available.

Speaking of efficiency, there are a few players on this team more lampooned than Abdul Baba Rahman of Reading. The supreme irony is that he was the shiny, bright hope in that position a decade ago, only to sustain a career-threatening injury (on national duty, mind you) that has left him a rung below what he was destined to be.

“When you’ve had the kind of surgeries my body has had in the last three years, it is not a surprise that I’m not the same player,” he told the TV show Star Connect in October. Luckily for him, successive national team coaches have given him chances to build confidence, sometimes with average results. But against the Swiss, his running, defensive cover, attacking impetus, and passing were on point.

Four times in his second-half outing against Brazil in September, the Bilbao forward made brilliant runs and was not spotted. Against Nicaragua, it happened at least three times. And against the Nati, twice in the first half.

But there are indications of an understanding brewing. Kudus Mohammed admitted in an October interview that “it’s normal for [that kind of understanding] to take time because different players operate on different levels”, before insisting that “the understanding will come sooner than expected, though, because of the team’s quality.”

Fans worry, however, that for a Ghana team that had just seven shots against Brazil, four against Nicaragua, and now 11 against the Swiss, conversion has become more important than ever. Runners need to be found when they move because big chances will be at a premium against Group H opponents Portugal, South Korea, and Uruguay.

A pleasant surprise this was. The most un-Ghanaian thing for many years is to score these, but Addo said after the game that given more time to practice, the team could score more from setpieces. Admittedly, Mohammed Salisu’s debut goal exposed weak defending from the Europeans, but credit should go to the Black Stars.

One other thing: get Kofi Kyereh on those balls. Last November, earlier this year at the Afcon against Comoros, and now against Switzerland, the Freiburg midfielder has delivered pointed balls from setpieces that have led to goals. It’s not rocket science.

Beating Switzerland marked the first Black Stars victory over a top-15 ranked Fifa team since 2006 when they beat the Czech Republic (ranked second at the time) and USA (fourth) at the World Cup.

Although wins like that can create unreasonable expectations, they can also be the timely boost needed before a major battle. What matters is for the pedigreed version of this team to be counted in the tournament proper.