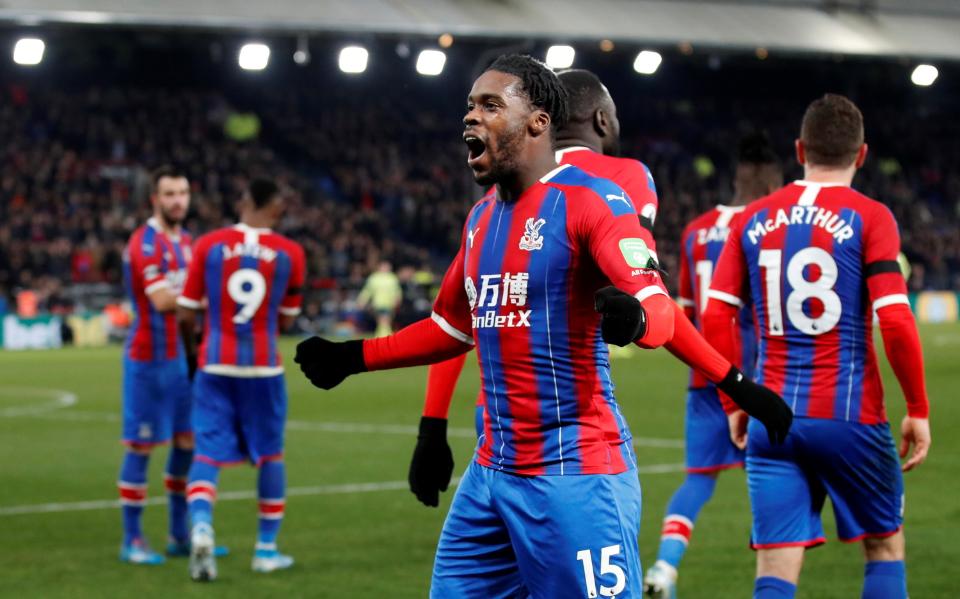 Jeffrey Schlupp is optimistic  Crystal Palace will survive over the next few weeks despite injuries starting to pile up.

Palace climbed up to fifth in the Premier League standings following their back-to-back win with  Schlupp strucking to earn them six vital points.

The Eagles are firmly on track once again after failing to win any of their previous five with Schlupp being the hero, scoring his second of the season, after coming off the bench two occasions.

Roy Hodgson will be hoping the injury line up will not be too serious as they prepare to embark on a hectic run of games over the course of December.

The Dutchman’s injury has further exacerbated the defensive crisis at Selhurst Park as the treatment room starts to fill up.

Gary Cahill, Scott Dann and Joel Ward all missed the game on Tuesday, while Mamadou Sakho is set to miss three games after being shown a straight red card against the Cherries.

Hodgson was unable to call on defensive reinforcements after Sakho’s sending off and had to move midfielder Cheikhou Kouyate into the backline.

Despite a lack of options, Schlupp believes Palace can continue to pick up results over the coming weeks. He said: “Yes definitely. Cheikhou did an unbelievable job for us and he has played in that position before so has experience there.

“With myself having to drop in at left-back, I have played there many a time so it is one of those things where you have to do what you have to do. “We are professionals and wherever you get put you have to go and do your job to try and win games.”