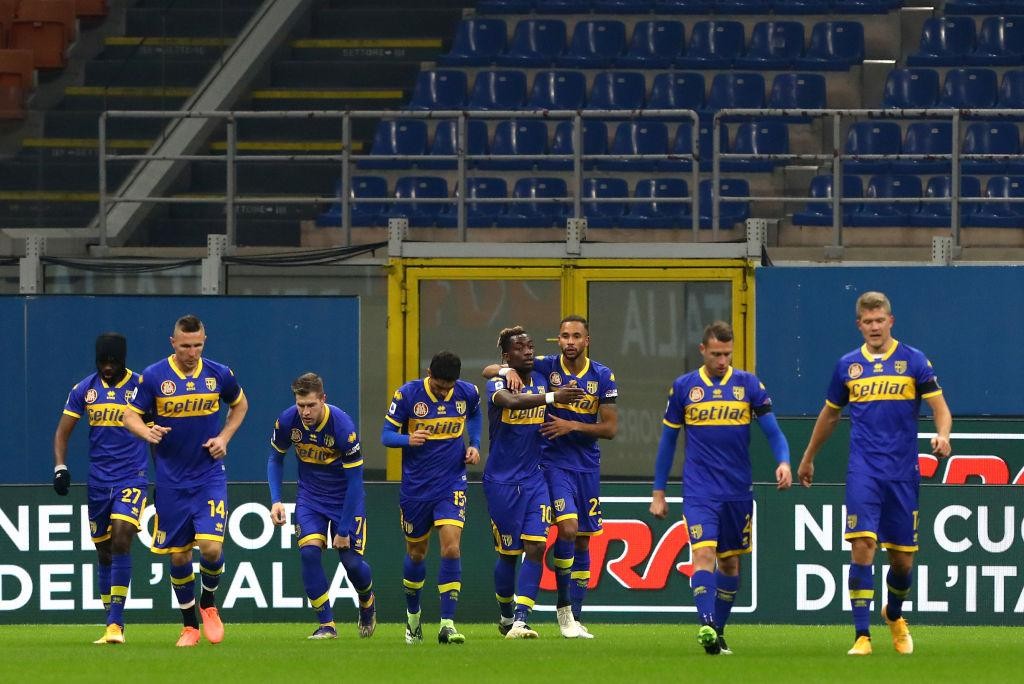 Parma Calcio returned to training at Collecchio this morning. The players, who started yersterday‘s game against Cagliari, were in recovery mode. For the rest of the group, however, Fabio Liverani had them warm up, followed by a game on a reduced pitch and some light work without the ball.

Tests have revealed the extent of the knee injury, which Hans Nicolussi Caviglia picked up in training on 15 December. Caviglia has suffered an ACL injury. In accordance with Juventus – the player’s parent club – his orthopedic plan in preparation for surgery will be established in the coming days. He has, in the meantime, begun therapy.

Giuseppe Pezzella and Matteo Sozzarella were, today, tested for muscle injuries that cropped yersterday in the game against Cagliari.

The Crociati will return to training tomorrow afternoon with a session behind closed doors.