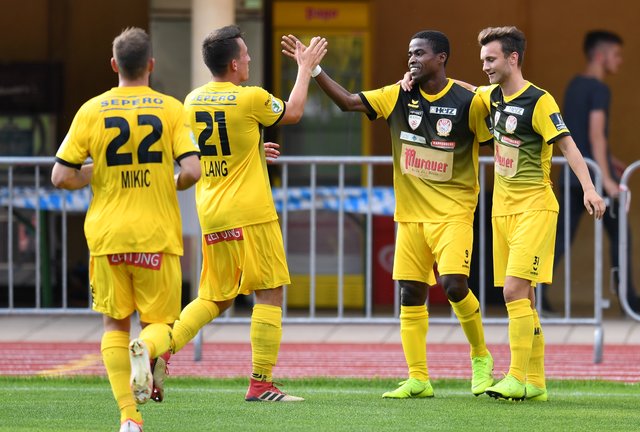 In the Austrian second tier forward Paul Mensah gave  defenders Vorwaerts Steyr all over the pitch with his pace and dribbling.

Kapfenberger SV scored first through Paul Mensah with just four minutes into the game after after receiving a pass from Levan Eloshvili which he calmly slotted home to put the host 1-0 up.

Simon Staber was next on the scoresheet with an excellent individual goal three minutes after the hour mark to doubleKapfenberger SV lead before halftime.

Kapfenberger SV scored again after recess through Paul Mensah after recieving a beautiful pass from Christopher Giuliani to make it 3-0.