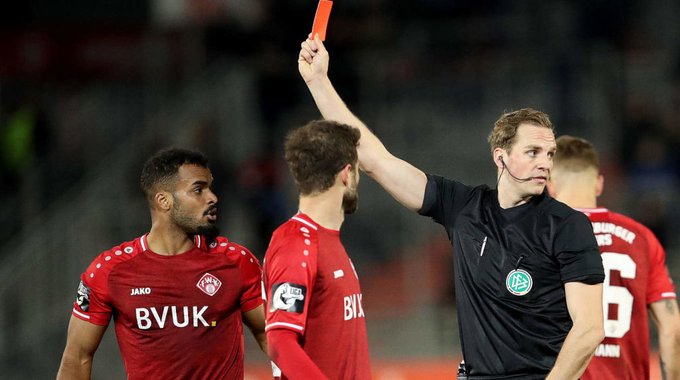 Ghana defender Phil Ofosu-Ayeh has been handed a three-match ban by the German Football Association (DFB) following his sending off for Wurzburger Kickers in their 1-0 defeat against Unterhaching in the Bundesliga 3 last weekend.

With Rothosen losing 1-0, Ghana right-back Ofosu-Ayeh was brought on a replacement for Patrick Gobel in the 66th minute.

But the 27-year-old let his team down in the dying embers of the match after referee Sören Storks gave him a direct red card for a dangerous play.

There was a judicial proceeding against the player after his indictment by the DFB control committee and has been suspended for three matches.

Wurzburger Kickers and the player have agreed to the verdict.

Ofosu-Ayeh joined the club on loan from English Premier League side Wolverhampton Wanderers during the winter transfer window.

He made three appearances for the side in the ongoing Bundesliga 3 campaign.