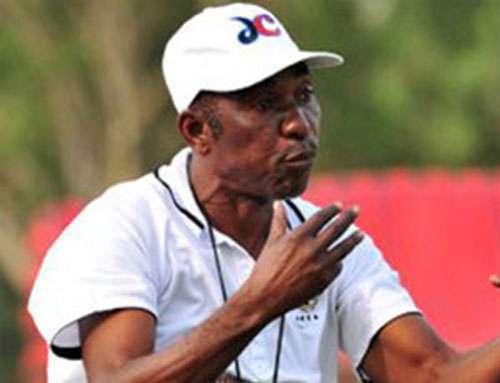 Veteran Ghanaian coach, J.E Sarpong has revealed that players become bitter and get provoked easily when they are not paid on time.

According to him, unpaid wages of players in the past forced him to join his players to chew ‘aburo ne nkatie’ just to show solidarity.

“If players are not paid well and on time, they are easily provoked and normally display bad behavior out of frustration and bitterness,”

“I chewed ‘aburo ne nkatie’ with the likes of Prince Tagoe, Acquaye MacLean, Kwabena Asiedu, and Emmanuel Sackey at Great Olympics before training sessions. I did that to commiserate with the players because they were not being paid”, coach J.E Sarpong said in an interview with Skyy FM

The former Great Olympics head coach added, “At times coaches are afraid to engage management about unpaid salaries. Some coaches are self-centered and don’t fight for the interests of their players.

“They take their monies and don’t care about players. If the players find out, they are likely to sabotage you”.

The gaffer believes it is always better to pay players on time to motivate and push them to give their all whenever they step onto the pitch to play.