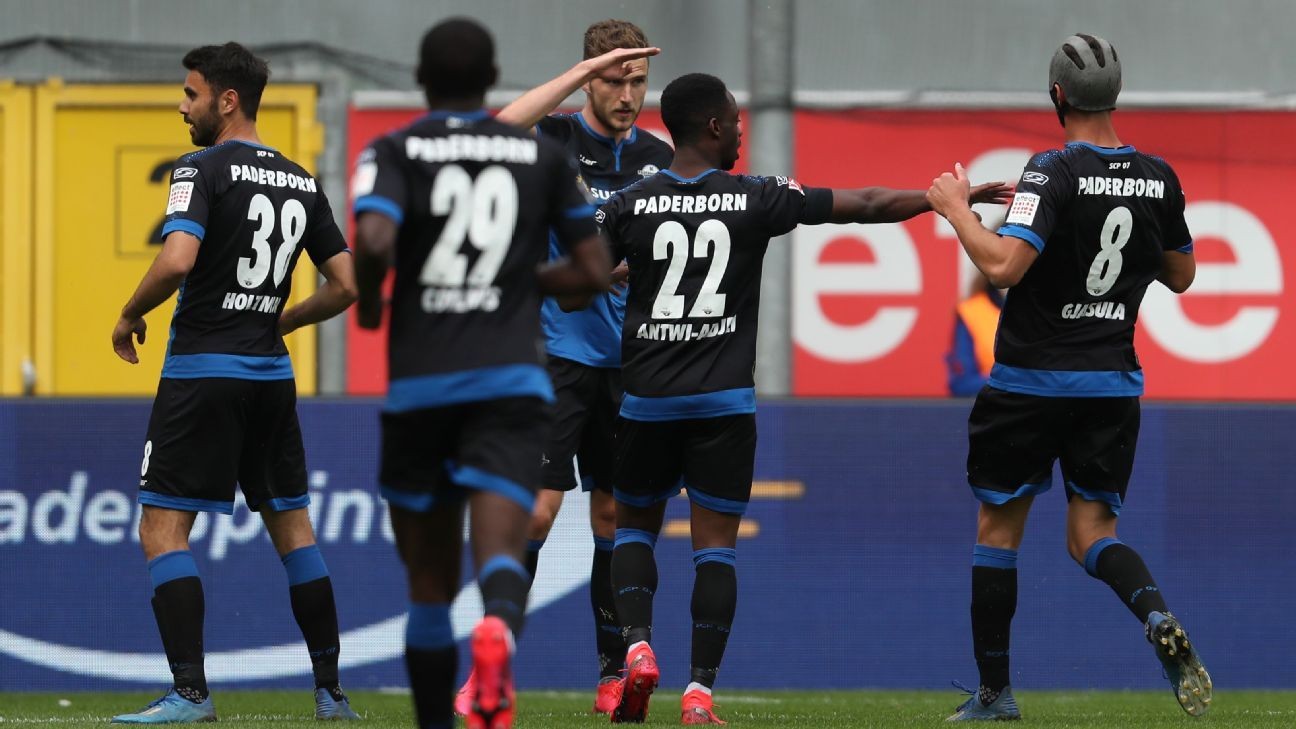 Bottom side Paderborn earned a second successive Bundesliga draw as they fought back to hold Hoffenheim.

But the lack of a victory wasn't enough to ease their relegation worries and they remain five points from safety.

They replied quickly through Dennis Srbeny to an early Robert Skov goal for Hoffenheim to grab a 1-1 draw.

Plucky Paderborn, who secured a scoreless draw away to Fortuna Dusseldorf last week, got off to the worst possible start when Robert Skov netted for the visitors after just four minutes.

But a dreadful blunder by Hoffenheim defender Ermine Bicakcic five minutes later gifted the ball to Paderborn's Dennis Srbeny, and the striker curled home for the equaliser.

Despite plenty of chances in an open, free-flowing game, neither side could manage another goal.

The draw leaves Paderborn on 18 points and three adrift of Werder Bremen, while Hoffenheim are ninth on 36.