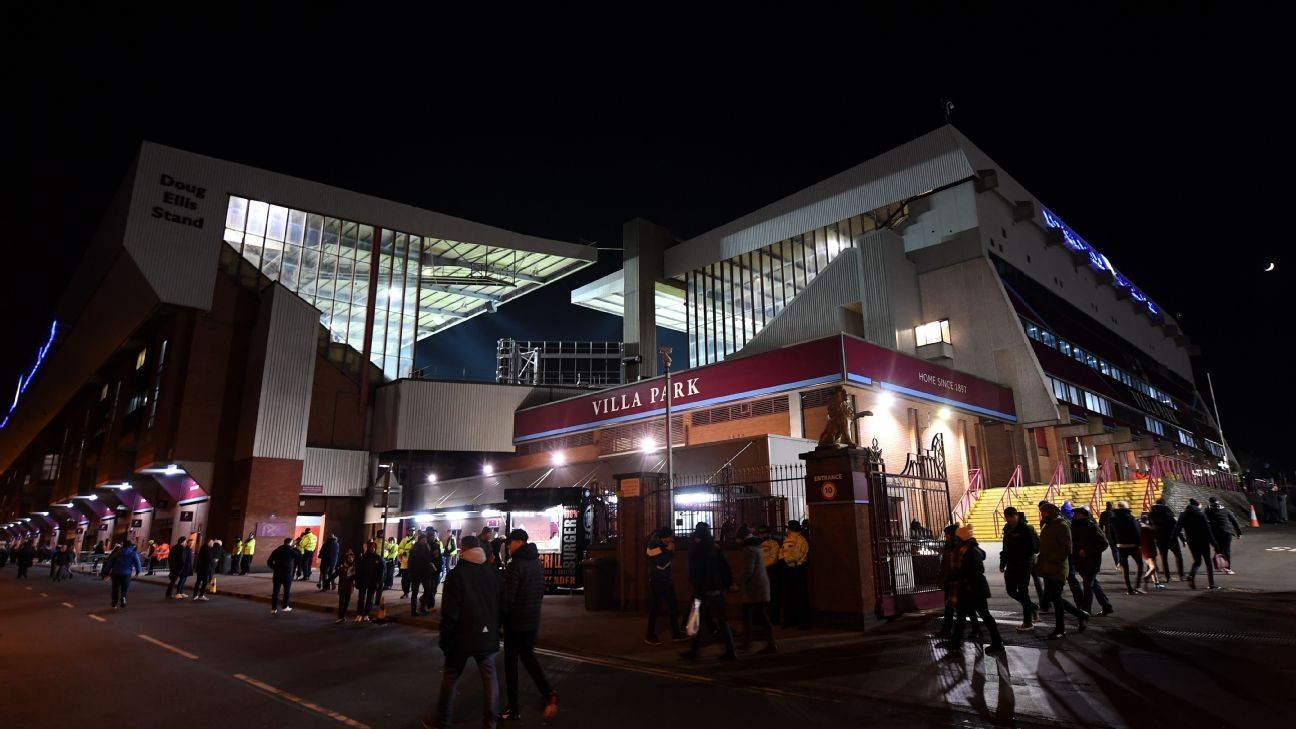 Aston Villa have had another game called off. Shaun Botterill/Getty Images

The Premier League game between Aston Villa and Everton on Sunday has been called off because of the continued impact of a coronavirus outbreak at Villa.

That saw them field a side made up of under-23 and U18 players in the 4-1 FA Cup third round defeat against Liverpool. Their Premier League fixture against Tottenham this midweek was then postponed while the game against Everton, originally scheduled for Saturday, was pushed back a day.

A Premier League statement read: "The Premier League, in consultation with its clubs, has enhanced its COVID-19 protocols, in addition to reimplementing a twice-weekly testing programme as the heath of players and staff remains the priority. The protocols, which strengthen key elements of the existing guidance, came into immediate effect last week."

Villa are next set to be in action when they play Manchester City next Wednesday. They have played 15 games this season and by the time they play next they will have three games in hand over some sides.

Villa vs. Everton is the sixth Premier League game to be postponed since December, with the league announcing on Monday it recorded 36 new COVID-19 cases last week even as the English top-flight season continues without pause despite a surge in infections across the country and numerous fixtures being postponed.

Since the new Premier League season kicked off, 207 players and staff have tested positive for the coronavirus in 21 rounds of testing.

Despite growing pressure to temporarily halt the season, the Premier League decided not to schedule a mid-season break, saying it had "confidence in its COVID-19 protocols to enable fixtures to be played."

Meanwhile, Leeds vs. Southampton, originally set for Jan. 20, has been postponed to allow the visitors to fulfil their FA Cup third round clash with Shrewsbury Town, which had been cancelled due to rising COVID-19 cases.

Information from Reuters was used in this report.