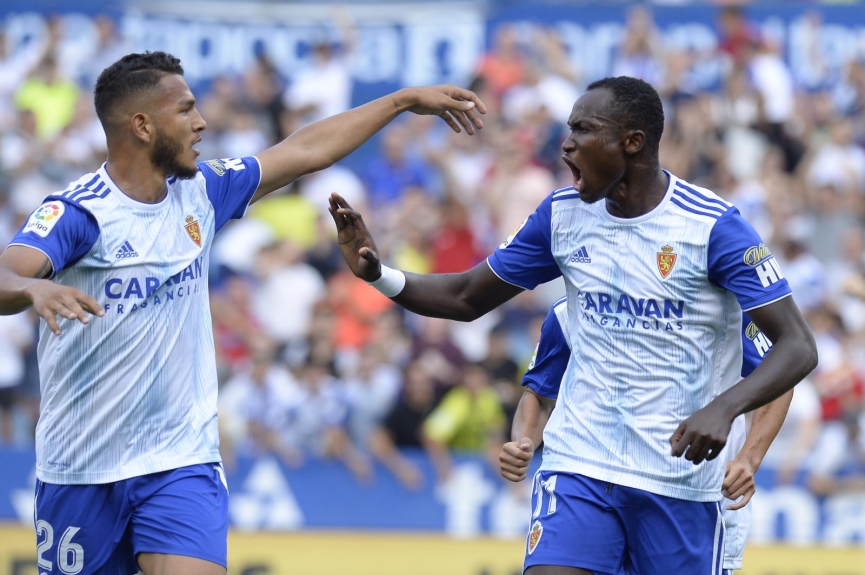 Ghanaian international Raphael Dwamena was on target on Sunday afternoon to help Real Zaragoza post a 3-1 win over Extremadura in the Spanish La Liga 2.

The forward joined the side in the summer transfer window on loan from La Liga outfit UD Levante in hopes of enjoying regular playing time and to help them challenge for promotion into the top-flight.

Following a slow start to the season, Dwamena is finally finding his fit and score today to make it two goals in his last two matches.

He opened the scoring for Zaragoza at the La Romareda Stadium after just 12 minutes of action.

That strike was later canceled by Diego Caballo but two more strikes from Shinji Kagawa and Luis Suarez ensured Extremadura finished the match on the losing side, giving all three points to Real Zaragoza.

Raphael Dwamena, 23, received a yellow card in the match before being substituted on the 62nd minute.

Now with 2 goals after 5 goals, the Black Stars striker will be hoping to bang in some more in his subsequent matches.