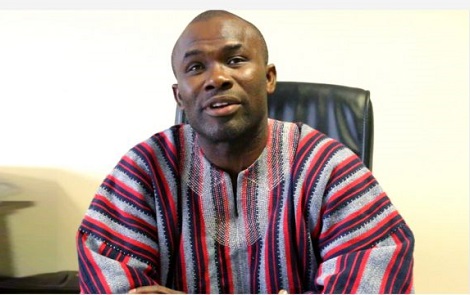 According to information reaching footballghana.com, the Director-General of the National Sports Authority (NSA), Professor Peter Twumasi had his car stolen in Kumasi over the weekend.

Ace journalist Muftawu Nabila Abdulai has reported that a dark ash Pick Up car with registration number GX 6551 -18 belonging to the NSA boss was stolen at Hotel Georgia based in the Ashanti Region at the Ahodwo Round About.

Reacting to the story in an interview with Muftawu, Professor Peter Twumasi shared that the car was with his driver Michael Andoh and he was robbed. He, however, did not give further details and cited that it was “an internal matter the security is dealing with”.

Further probe into the matter has not been able to establish whether the driver was robbed at the hotel where they lodged or elsewhere.

Meanwhile, the matter has been reported to the Ghana Police Service in the Ashanti Region. It is understood that they are working around the clock to retrieve the vehicle from the robbers.

Professor Peter Twumasi was in the Garden City for the final of the 2019 Ghana Fastest Human and President’s Cup on Saturday and Sunday respectively when the unfortunate incident occurred.