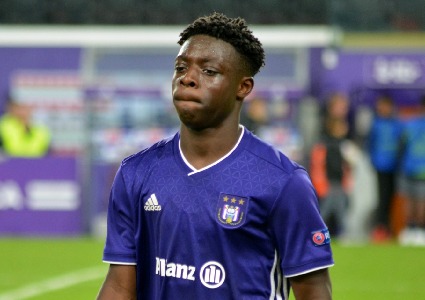 The Belgians are keen to loan the midfeilders in the January transfer window, the outfit are looking for money to bring in big names after a terrible start to the campaign and will have let go of their fringe players.

Jérémy Doku has had an impressive season every time he comes in a match something happens. He does not only have to release a ball gracefully in midfield.

If you have him free, you have to do something with it. In his case give a nice assist, like recently against Genk.

The Belgian are keen to sell the midfielder in the January transfer window.

Francis Amuzu however, has struggled to make a mark this season, having lost form and plagued with injuries.

Amuzu recently extended his contract to 2022 but it looks like he won't end his time at the club.

He has played ten games and assisted a goal this season.