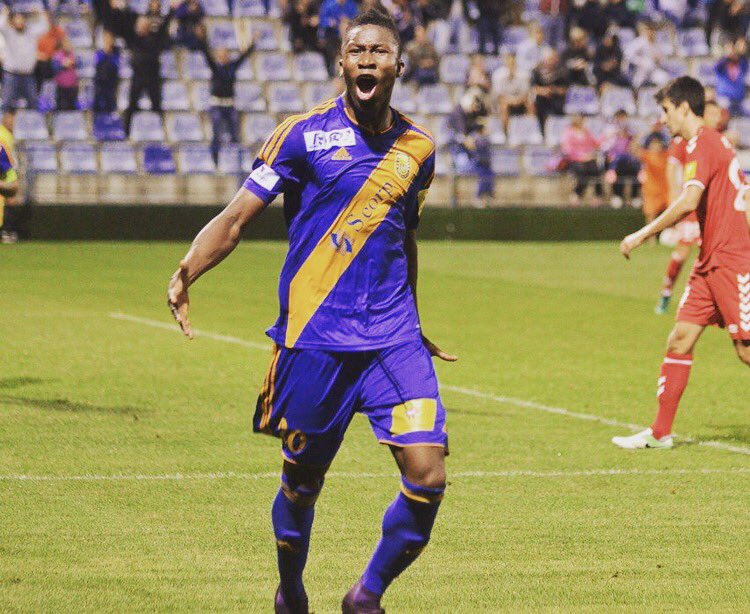 Ghanaian youngster, Sadam Sulley was on target on Sunday when his FK Senica side a posted 3-2 victory over AS Trenčín on match week 12 of the Slovak Super Lig.

The two clubs locked horns in a pulsating encounter at the Štadión na Sihoti yesterday in search of vital 3 points to improve their position on the League table.

At the end of the day, it was the away side that earned all points from a game that produced a 5-goal thriller.

El Moudane shot FK Senica into the lead on the 27th minute after they had come close on a couple of occasions.

Ante Roguljič popped up on the 38th minute and restored parity for AS Trenčín to ensure the first half ended on level terms.

Ten minutes into the second half, highly-rated Ghanaian attacker Sadam Sulley restored the lead for his side with a fine strike from inside the opposition’s 18-yard box.

That strike called for an improved performance from the home side who for the second time pulled parity through John Neeskens in a bid to get something out of the match.

When it looked like the game was heading for a draw, Roberto Diaz popped up and on the 89th minute and scored to give FK Senica a 3-2 win over AS Trenčín.

Sadam Sulley lasted 74 minutes before he was replaced by Sampson Akinyoola. He impressed and will be expected to keep his starting position in his side’s next match when they face Sered.