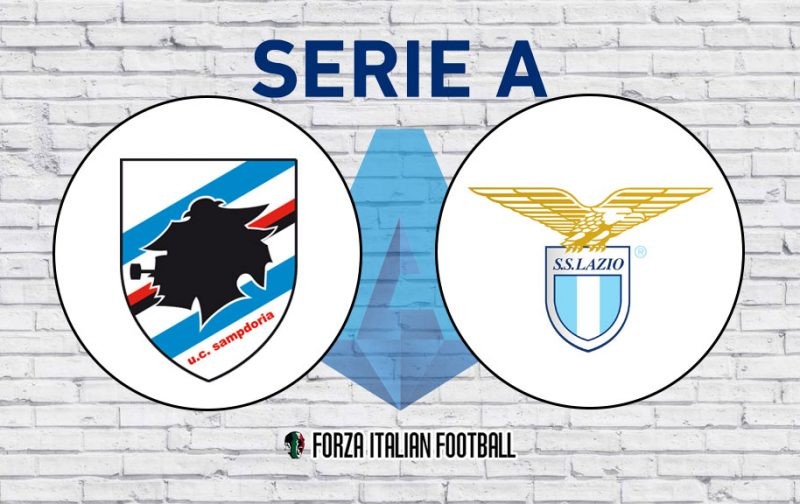 Sampdoria aim to end a horror recent run of form in this fixture against Lazio when they face them in Genoa on Saturday evening (kick-off 18:00).

– Sampdoria have won only one of their last 17 Serie A matches against Lazio (D3 L13), conceding at least two goals in each of their last eight fixtures (27 goals conceded, 3.4 on average).

– Lazio could win five consecutive Serie A matches on the road against Sampdoria for the first time – currently on a streak of four wins in a row.

– The last time Sampdoria have lost four home Serie A matches in a row was back in April 2011 – currently on a streak of three defeats in a row at the Luigi Ferraris.

– In the last nine Serie A matches on the road, Lazio have never repeated the same result twice in a row (W4 D1 L4); they won the most recent match against Cagliari.

– Lazio have gained the most points from losing positions in 2020 in the top five European leagues (20).

– Lazio’s Luis Alberto (seven) and Sampdoria’s Morten Thorsby (six) are the two players to have started the most Shot Ending Sequences in the current Serie A campaign.

– Sampdoria are Felipe Caicedo’s favourite target in Serie A. Against the Blucerchiati he netted both his first goal in the Italian top-flight (December 2017) and also his first brace (April 2019) – in total he has scored four goals in four matches against them.

– Sampdoria are Ciro Immobile’s favourite target in Serie A (12 goals in 13 matches) – he is disqualified for this match. Since 2016/17 Lazio played only 10 league games without Immobile (W4 D3 L3).