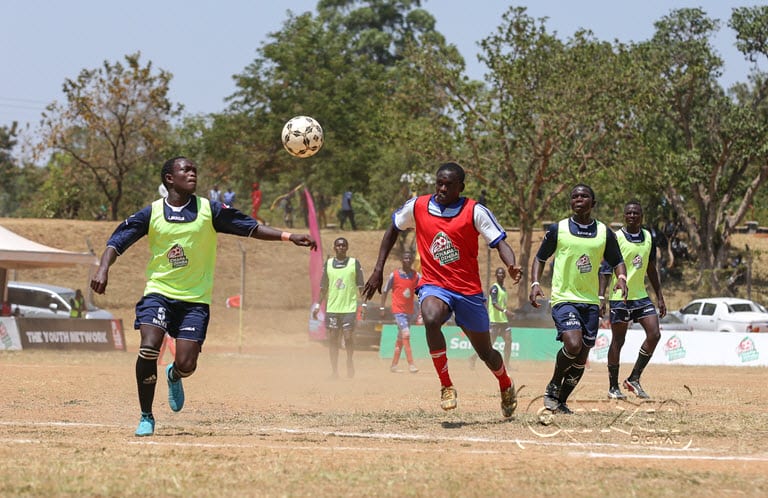 Those who meet the cut will join teams in Europe.

The team known as Prince and Jack will be at Camp Toyoyo ground in Jericho estate in Nairobi  this Wednesday where a number of Kenyan youth teams will be feature in a tournament organized for the same purpose.

Gor Mahia youth team coach Tom Ogweno says the scouts, with a host of coaches and foreign team managers will be doing selections noting that three former Gor youth players Keith Imbali, Alphonse Ali and  Bolo who were picked in the first scouting mission will soon make the trip to Europe.

‘’This (scouts) is the team that took Tusker’s Boniface Muchiri and AFC Leopards player Yusuf Mainge to Slovakia and they are both settled,” said Ogweno.

Once absorbed in the foreign teams, the players’ home clubs will be entitled to some fees.

Ogweno, a  former Ulinzi and Harambee Stars striker says the scouting team will cater for all expenses of selected players from travel, accommodation and their up keep while in Europe.

The youth teams that will feature in the Wednesday tournament include Gor Mahia Youth, AFC Leopards youth, JC Blue, an academy owned by the Ghanian scout, Jericho youth , Kariobangi Sharks youth and a group of Ghanaian players who are already shortlisted for the trip.

Ogweno said the exercise is important considering that if a team produces a player to feature in European Leagues parent clubs get a pie of player development fee.

"Our biggest pride would be when our players from the youth team get direct market in Europe as opposed to joining the local top-tier league. Other than making avenues for them, we as a club also benefit a lot."