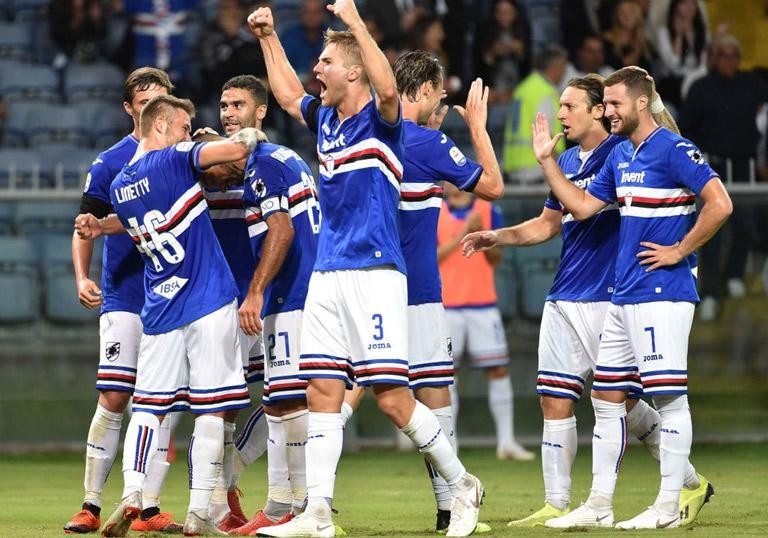 Marco Giampaolo was a satisfied man after watching his side bounce back from defeat against Udinese with an exceptional display against Napoli. The Blucerchiati have been on the receiving end against the Azzurri all too often in recent seasons but they were a different class on Sunday evening, as Gregoire Defrel’s brace and a stunner from Fabio Quagliarella saw them triumph 3-0 in Marassi.

“It was a great performance in lots of ways,” the boss told Samp TV. “We kept playing with intensity right till the end, drawing on everything we had because all three substitutions were made more out of necessity than choice. I’m pleased we kept a clean sheet against a side like Napoli who are such an attacking threat. I told the team to stay on the ball for the full 90 because you can’t ease up against Napoli. Games against them are never over, as they’ve often shown in recent years.”

Giampaolo believes his players have answered their critics following a lacklustre first-half display against Udinese: “You can criticise the results or the football but don’t touch our professionalism – that gets me,” he continued. The lads showed what they’re about today and exceeded all expectations. They really wanted the win and they didn’t give an inch. I’m delighted with the way they responded [to defeat at Udinese]. I’m happy for them and the fans. It was a magnificent all-round performance. Now we need to work on the many things that still need improving. I’d like to say a special mention for [Edgar] Barreto because he always gets the job done and puts his heart into it. Our season starts now. We have to improve everyone’s fitness and form but we’ll see how far we can go.”