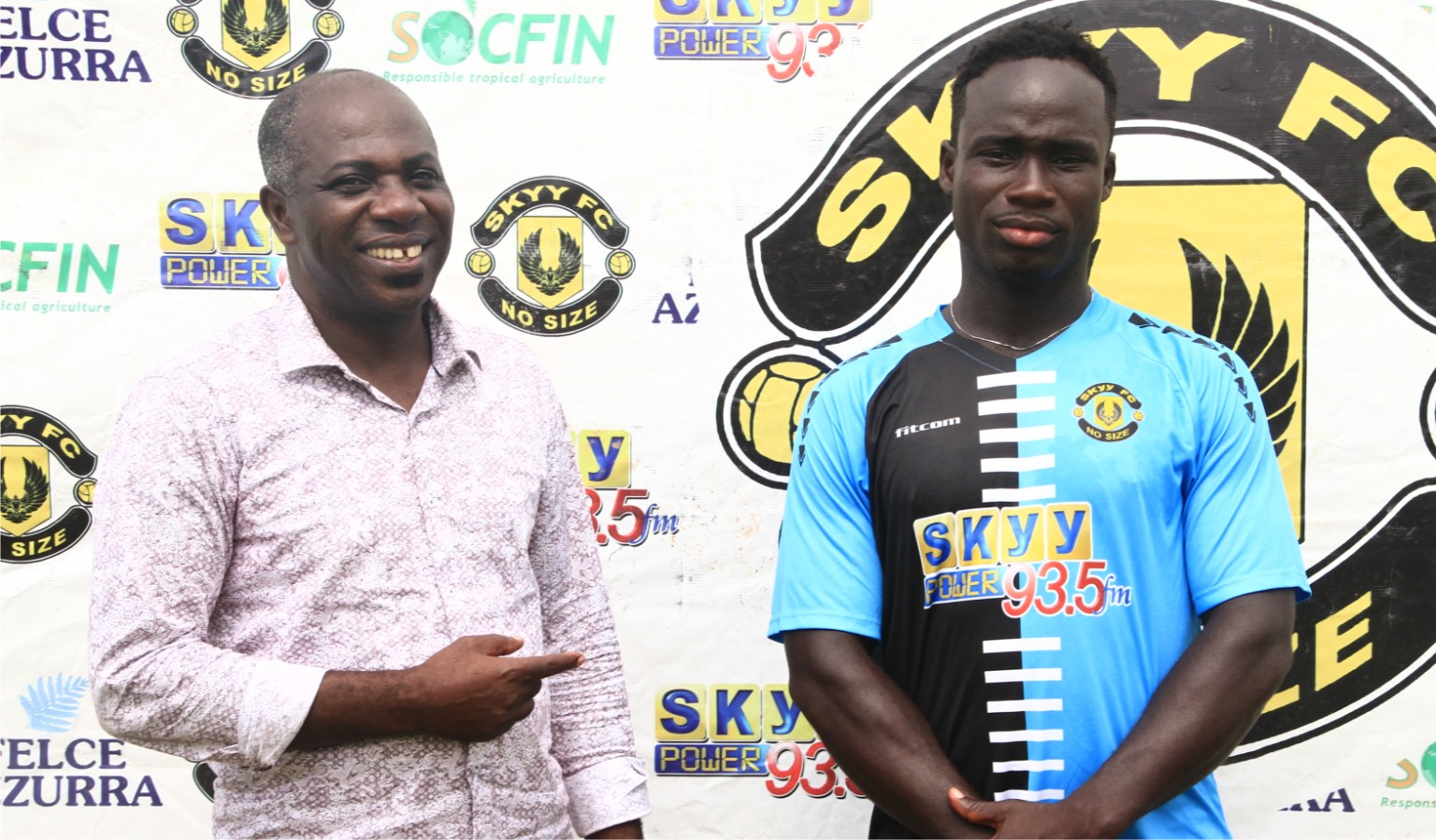 Ghana Division One League club Skyy FC has wrapped up the signing of striker Nicholas Arthur to give them a squad boost ahead of the possible resumption of the campaign.

The team remains one of the favorites to gain promotion from the lower division to the Ghana Premier League and has decided not to let their guard down.

They have in the past month been very busy in the transfer market to recruit players to strengthen various departments of the team.

Today, they have announced that they have captured the signature of former Techiman Eleven Wonders forward Nicholas Arthur. Nicknamed Benteke, the striker has loads of experience after playing for the likes of Elmina Sharks, as well as Sekondi Eleven Wise.

Now sitting top of the Zone 2 table of the Division One League, Skyy FC believes the acquisition of Nicholas Opoku increases their chances of gaining promotion to play in the Ghana Premier League at the end of the 2019/2020 football season.