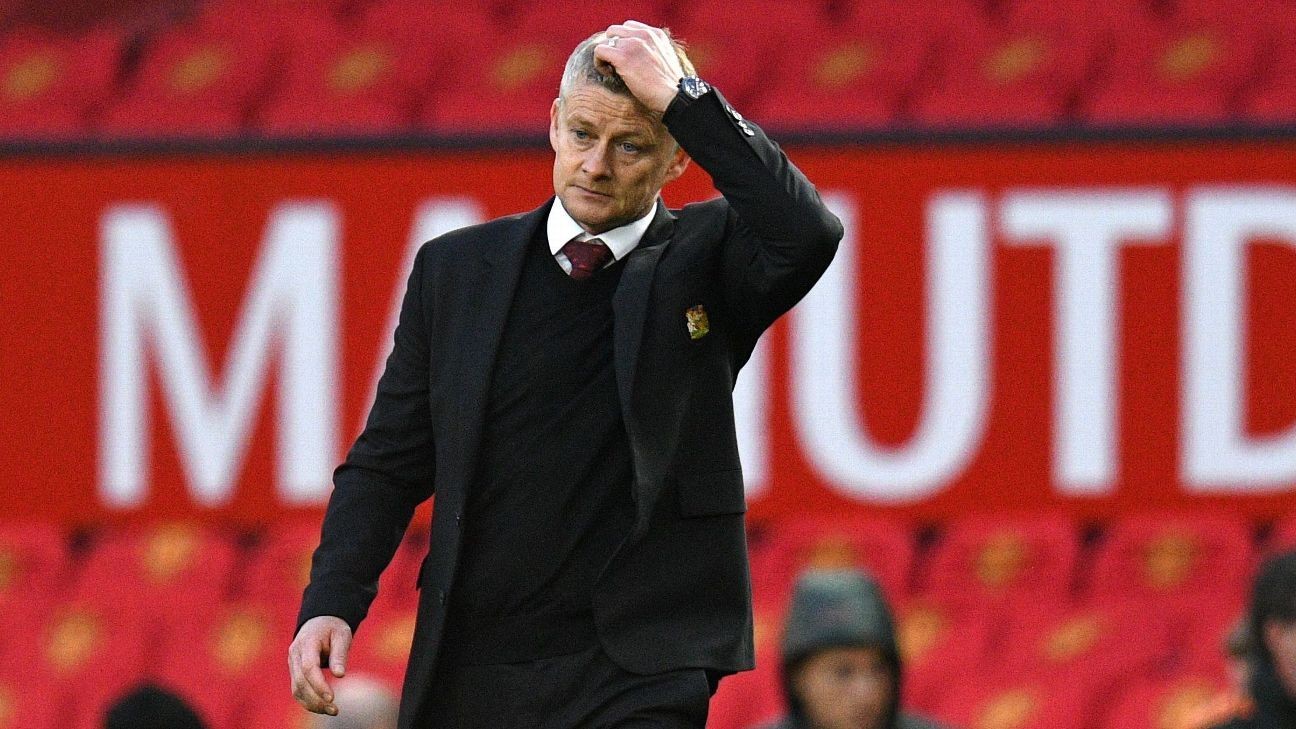 Ole Gunnar Solskjaer says he will take responsibility if Manchester United's season does not turn around.

Executive vice-chairman Ed Woodward and the Glazers, who own the club, have been criticised for their role in what was considered by supporters to be an underwhelming summer transfer window.

But after two defeats from three games to kick off their Premier League campaign, Solskjaer insists the buck stops with him.

"The spotlight should be on me because I'm the manager and I'm responsible," Solskjaer told a news conference on Friday.

"I hold my hands up that you have the spotlight on me. Last season was also hard, we won two of the first nine games which was difficult.

"But, if you are part of Man United as a player or staff you're used to this and you have to be mentally strong and for me this period is another chance to prove and tell the players how much we believe in them.

"It's about being focused for the next game because I know they're capable of getting results and moving up the table."

United's bid to bounce back will begin with a trip to Newcastle on Saturday.

Solskjaer has selection decisions, particularly after revealing Harry Maguire returned from international duty with England with an injury. Maguire's place has been debated after a poor start to the season following his arrest while on holiday in Greece. His injury may keep him out of the game at St James' Park but Solskjaer insists he has never thought of dropping his captain because of poor form.

play0:44 Why Man United will struggle against in-form Newcastle

"I don't doubt his resilience in that respect, he's very professional so he wants to put himself ready for selection and then it's up to me to choose him or not and if I want to take him out the firing line.

"I haven't considered that without him coming to knock on my door. I speak to him regularly and he's been very positive in his communication."