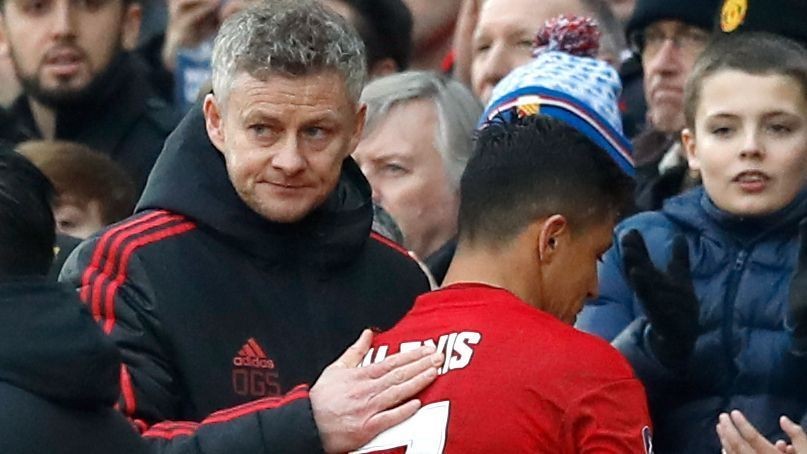 Welcome to ESPN's Insider Notebook, featuring contributions from our reporters across the top leagues around the world.

In this edition, there's the latest on how Ole Gunnar Solskjaer is rebuilding Man United after past mistakes. Plus: Real Madrid are planning yet more pay cuts as COVID-19 continues to disrupt football.

Sanchez earned around £400,000-a-week, which rose to close to £500,000-a-week after bonuses, when he joined United from Arsenal in the ill-fated swap deal with Henrikh Mkhitaryan in January 2018. Solskjaer is determined not to repeat the mistake in this transfer window as he looks to continue his rebuild, with his desire that United no longer give in to extortionate wage demands central to discussions around targets such as Donny van de Beek, Jadon Sancho and Thiago Alcantara.

Sources told ESPN one of the reasons Van de Beek's move from Ajax was wrapped up so quickly was because of the Netherlands international's willingness to fit into the existing wage structure, something he told Solskjaer directly during a FaceTime call with the United boss two days before a £40 million fee was agreed with Ajax.

United have finally got Sanchez -- who managed just three Premier League goals at Old Trafford and opened up in an Instagram video on Friday about his time at the club -- off the books after agreeing a pay-off to end his contract two years early and facilitate a free transfer to Inter Milan.

Sources told ESPN when Solskjaer arrived as manager in December 2018, he found Sanchez's deal had caused problems in the dressing room as other players looked to measure their value and importance against the club's top earner, whose poor performances on the pitch and meagre goal return was a source of huge disappointment among the player's teammates and the club hierarchy.

It led to subsequent new signings being offered wages higher than their market value, and indirectly contributed to midfielder Ander Herrera joining Paris Saint-Germain on a free transfer last summer after failing to agree fresh terms. Contract negotiations with David de Gea were also complicated by the high ceiling created by Sanchez's contract.

Solskjaer's fresh approach is backed by Woodward and sources told ESPN the United boss is willing to miss out on targets if it means keeping his existing squad happy. -- Rob Dawson

Real Madrid are considering a second round of temporary wage cuts for players as the club assesses the long-term financial impact of the coronavirus pandemic, sources have told ESPN.

In April, players, coaching staff and executives agreed to a first set of temporary reductions of between 10% and 20%.

Madrid believe more cost-cutting measures may be necessary to cope with the ongoing losses caused by playing matches behind closed doors, although talks with the squad are yet to begin.

There is still no confirmation on when and under what circumstances fans will be allowed to attend top-tier games in Spain and with every passing match without fans, the club faces a significant shortfall in cash. Madrid will begin the new season playing at their Alfredo Di Stefano stadium at the club's training ground -- with their first home game scheduled for matchday four at the end of September -- as work continues on the redevelopment of the Bernabeu.

The club's activity in the summer transfer market has been extremely limited, with a focus on trying to move on unwanted high earners like Gareth Bale and James Rodriguez, and sell academy products such as Achraf Hakimi and Sergio Reguilon. -- Alex Kirkland and Rodrigo Faez

Gab Marcotti says "it's not a good look" for Gareth Bale to be complaining about Real Madrid not letting him go.

Manchester United's interest in Bayern Munich midfielder Thiago triggers an unwanted reminder to some at Old Trafford of the club's first attempt to sign the player seven years ago, only for a deal to be vetoed by then-manager David Moyes.

Prior to announcing his retirement as United manager in May 2013, Sir Alex Ferguson had set up a £17m transfer for Thiago, then 22, after being made aware of his desire to leave Barcelona to secure first-team football. With Ferguson standing down in favour of Moyes, however, the final decision on Thiago was left to the new man following his arrival from Everton.

Having been told by the United hierarchy that moves were also afoot to make a superstar signing that summer, with Cristiano Ronaldo and Gareth Bale mentioned, Moyes held off on sanctioning the move for Thiago when he took charge at the end of June.

And with the Scot then choosing instead to pursue a deal for former Arsenal midfielder Cesc Fabregas, who had become unsettled at Barcelona, he pulled the plug on the move for Thiago after telling United he did not know enough about the player's credentials. Moyes failed to engineer a move for Fabregas and instead signed Marouane Fellaini from former club Everton on transfer deadline day.

Thiago, who had captained Spain to the European under-21 Championship title earlier that summer, quickly overcame the disappointment of missing out on a move to United by instead completing a €20m transfer to Bayern, with whom he has since won seven Bundesliga titles and a Champions League. -- Mark Ogden

PSG lurking as Arsenal yet to firm up Partey interest

Atletico Madrid are yet to receive an offer for Arsenal target Thomas Partey, sources told ESPN, with PSG now in the running to land the midfielder.

The Gunners' interest in the 27-year-old is no secret but they need to push forward if they want to land Partey, now that PSG are on the scene. Atletico have made no progress on a proposed contract renewal that would double the Ghana international's €50m release clause.

Last month ESPN reported that Atletico were worried about losing Partey, as well as goalkeeper Jan Oblak, if their buyout clauses were met this summer. No club has moved to do so yet in a difficult financial climate, and even Partey's €50m clause is prohibitive for Arsenal, who may need to sell to buy. -- Alex Kirkland and Rodrigo Faez

Julien Laurens thinks it will be difficult for a swap deal including Alexandre Lacazette and Thomas Partey.

The raucous behaviour of Sevilla officials raised eyebrows among their counterparts at Manchester United during their Europa League semifinal.

The game, which United lost 2-1, was played behind closed doors at the RheinEnergieSTADION in Cologne but in an attempt to build an atmosphere, the Sevilla officials allowed inside the stadium created as much noise as possible, particularly around refereeing decisions. The United substitutes noticed the noise and in the second half, Nemanja Matic and Scott McTominay became embroiled in an argument with those sat above them. At one point, Matic was heard shouting: "Sit down and shut up."

There were whispers that Sevilla had given official club uniforms to some of their Ultras in order to get them into the stadium without causing suspicion, though the La Liga club denied the claims when asked by ESPN. "It is completely false," a source said.

Sources told ESPN that United decided against reporting Sevilla to UEFA for fear that it would look like "sour grapes" after the defeat. -- Rob Dawson and Adriana Garcia

Ale Moreno says Sevilla grew in confidence vs. Inter and were not intimidated by their so-called "bigger names."

Inter Milan boss Antonio Conte has laid a marker down that his side are targeting the Serie A title with the imminent signing of Arturo Vidal, but the move has not gone down well with supporters.

The decision to pursue Vidal, 33, has seen Inter miss out on Brescia midfielder Sandro Tonali, who is regarded as one of the hottest prospects in Italian football, as the 20-year-old is set to join rivals AC Milan instead. It's a decision that has disappointed large sections of the club's support, given Tonali seemed on the verge of joining Inter. With Conte seemingly preferring established, older talent instead of targeting exciting youth stars -- the average age of the squad last season was 30 -- many fans feel such a stance is not sustainable.

"They are saying we can't afford a €10m loan for Tonali, so what, are we totally broke?" a source closely connected to a number of Inter fan groups told ESPN. "They should just be honest about the fact they have decided they want to win now and are no longer targeting young, Italian talent. Targeting Vidal isn't the issue, it's the lack of transparency. They are afraid that by not being honest, they can avoid the pressure of being favourites to win."

The situation is similar to when the club signed Radja Nainggolan from Roma in the summer of 2018 and included youngster Nicolo Zaniolo as part of the deal. Just 12 months later, Zaniolo established himself as a central figure in the Italy national team at 19, while Nainggolan was sent to Cagliari on loan.

Now, fans are questioning whether the club have learned from their mistakes. -- Andrew Cesare Richardson

Phil Foden was spared a grilling about Manchester City's interest in Lionel Messi this week when the Football Association instructed reporters at England's virtual press day not to ask about the Barcelona forward amid speculation he may come to the Premier League.

Foden and Messi could be teammates at the Etihad Stadium next season if Messi leaves Camp Nou, but any hopes of getting the England youngster's thoughts were dashed by the FA's media team ahead of a news conference on Tuesday.

However, the subject wasn't off limits for Mason Greenwood when he was put up for a news conference earlier in the day. The 18-year-old is very rarely put in front of the cameras at Manchester United -- with the club continuing to protect their rising star from the media glare -- but he handled himself well on international duty, safely batting away tricky questions about Messi, Harry Maguire's court case while on holiday in Greece and the United captain's subsequent omission from the England squad. -- Rob Dawson