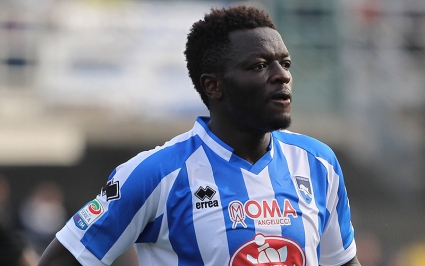 Former AC Milan and Ghana international midfielder Sulley Muntari would one day like to play in South Africa and he specifically wants to join Kaizer Chiefs.

However, there are several factors that might prevent him from realising that dream.

At 35, Muntari is already in the twilight of his career and if he has been following Chiefs as he claimed when speaking to Marawa Sports Worldwide, the left-footer should know the history of this club, especially with Ernst Middendorp at the helm.

Amakhosi may be in need for a central midfielder following the departure of George Maluleka and they need someone with experience to fill the void the left by him.

But that player is definitely not Muntari.

Take nothing away from Muntari, his talent, and his qualities, but Chiefs are more for the future than bringing in high-profile players who are almost ready to retire.

In 2003, Amakhosi re-signed the late Shoes Moshoeu following his return from Turkey - and at the time, he was 38 years old but when Middendorp arrived, the midfielder was released because he was deemed past his best by the German mentor.

Shaun Bartlett played for Chiefs at 34, and like Moshoeu, he had just returned from Europe where he had been since the late 1990s.

And he was released after two years - as Chiefs' transfer policy took a different direction and this has been the case since.

Of course, some would argue that the late Arthur Bartman was in the twilight of his career when he joined Chiefs in 2009 - but it's different with goalkeepers and at the time of his signing, the well-travelled shot-stopper was seen as an emergency signing because Itumeleng Khune was injured and had to get back to his full fitness for the 2010 Fifa World Cup.

And Bartman did a fantastic job between the sticks for the club - assuming the No.1 role in Khune's absence.

But there are three high-profile players Chiefs chose to ignore when they became available for free in recent years - Luis Boa Morte, Benni McCarthy, and Steven Pienaar.

Perhaps they were right in overlooking Boa Morte because, at the time, Chiefs had some fantastic players in midfield - and for them, this was not about trying to get the attention of the world but to stick with what they had - and the former Portugal international was snapped up by Orlando Pirates.

Everyone expected Sundowns, Pirates, Chiefs to go crazy when McCarthy became a free agent and returned to the country - but this wasn't the case.

McCarthy ended up training with Ajax Cape Town before Pirates snatched him up from under their nose - and he'd go onto retire at the Soweto giants.

At the time, McCarthy admitted he grew up supporting Amakhosi but he was put off by the fact that Bobby Motaung said he was finished - and according to him, that's why he gave his all whenever he faced them in competitive matches.

Pienaar grew up supporting Pirates but there were rumours that he could join either the Sea Robbers or Chiefs - but, as usual, the Naturena-based side looked elsewhere and the former Bafana Bafana skipper ended up joining Bidvest Wits where he would only last for six months before hanging up his boots.

And Chiefs were vindicated from those who criticised them when they didn't sign Pienaar - and almost everyone agreed that they made the right call by not signing him.

If Muntari really wants to play in South Africa, it's best he looks elsewhere because holding out for a move to Chiefs may not come true because reputation alone isn't enough when it comes to this club.

In addition, Chiefs are still not allowed to sign players, meaning Muntari will have to wait longer if that is to happen.