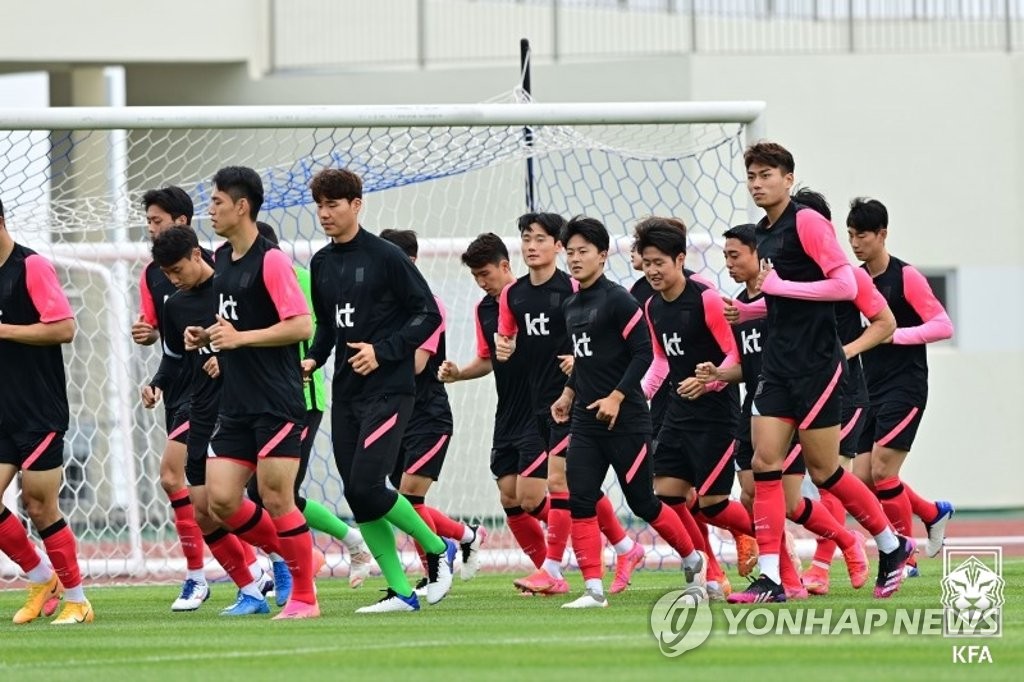 South Korea head coach Kim Hak-bum will get a couple of opportunities to test Olympic hopefuls starting Saturday, when the first of two friendly matches against Ghana will be played in Jeju Island.

While the typical Olympic men's football tournament is open to players 23 and younger, the age limit has been lifted by one year for this year because the Tokyo Olympics got postponed by a year due to the coronavirus pandemic.

Coach Kim has stated that club affiliations alone do not guarantee Olympic team selection, and that he did not say this to appear as though he was giving domestic-based players a fair chance.

Of the trio, Lee Seung-woo, 23, barely played for his Portuguese club and the former FC Barcelona prospect will have a lot to prove in these two upcoming matches.

Lee Kang-in, the youngest player at camp at 20, has long surpassed Seung-woo as the country's top U-23 talent and seems to be a no-brainer choice. Jeong has offensive upside that should make him one of the final 18.