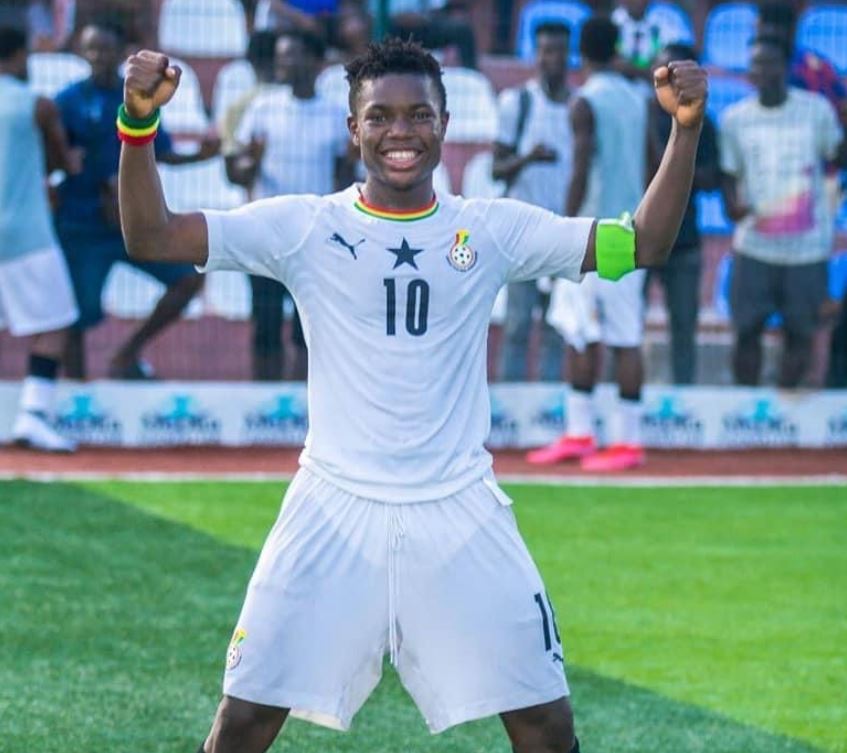 The 17-year-old was in the company of Steadfast FC CEO Alhaji Abubakari Abdul-Diam and Spain-based Nigerian agent Peter Obiora Ejiasi as an advisor – travelled to Germany to seal a move to Bundesliga side, Bayern Leverkusen.

But the Bundesliga side pulled out of signing the enterprising forward due to “dubious and disrespectful behaviour” on the part of his advisor, German tabloid Kicker claimed.

However, after the deal collapsed, multiple reports emerged that Premier League giants, Liverpool FC had signed Issahaku and have loaned him to Lisbon.

But a straight long-term deal has been struck between the Lisbon-based club and the teen sensation’s representatives earlier this month.

“Liverpool have no hand in it. They pulled out in the course of negotiations and [Sporting] Lisbon showed up.

“Liverpool wanted to sign and loan him to an Austrian club for two seasons but some demands forced them to pull out.

“Bayern Munich and Dortmund also showed up at the eleventh hour but were put off by the demands.”

Steadfast FC owner, Hon. Haruna Iddrisu a leader in Ghana’s Parliament, confirmed the sale of his prized asset during the vetting of a Deputy Minister for Sports Evans Opoku Bobie as reported by Footballghana.com last week.

“When I started negotiation for Abdul Issahaku Fatawu’s move to abroad, it started from more than 1 million euros and this means if we get corporate sponsorships, we can do better,” he said.

“We need to do more to make our football attractive and by doing that we get more hands-on board to sponsor our football because on weekends, football is the business everywhere so I am pleading to the corporate world.

Fatawu Issahaku has enjoyed a meteoric rise in his career over the past year featuring for the Ghana U-17s, U-20s and the senior national team, the Black Stars.

Issahaku has featured for the Ghana U17 team before gaining promotion to the U20 side to make his bow during the U20 Africa Cup of Nations at age 16.

Fatawu Issahaku managed to score two goals and an assist in 6 matches during the 2021 Africa Cup of Nations tourney held in Mauritania early this year.

Fatawu earned a call-up to the Black Stars for the June friendlies but was unused in both games against Morocco and Cote d’Ivoire.