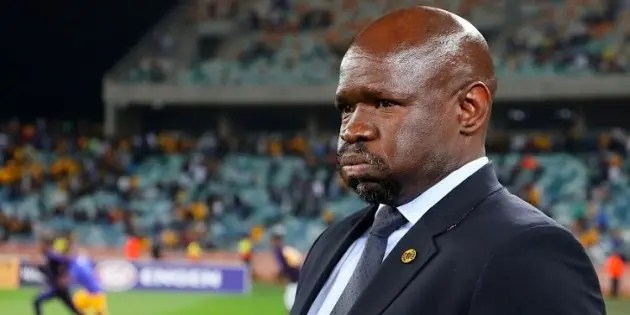 Mamelodi Sundowns coach Steve Komphela has applauded fate after captain Andre Ayew was sent off in the 2021 Africa Cup of Nations on Tuesday.

Ghana was eliminated from the Africa Cup of Nations in Cameroon on Tuesday after falling to minnows Comoros 3-2, capping off a run in which the Black Stars failed to win any of their three group stage matches.

South Africa was defeated by Ghana in the last FIFA World Cup qualifiers group game with Ayew scoring the only goal from the penalty spot.

After the game South Africa led by Danny Jordann and other figures in the FA launched a series of wild allegations and sent a complaint to FIFA asking them to investigate the game.

South African fans who believed everything their FA said have still not accepted the judgment from FIFA who threw out their complaint took to Twitter to mock Andre Ayew's red card.

"Bathi Karma is a b... 'You get served what you deserve,' you get what you give. Karma is a beast or b***h, Andizi!" Komphela tweeted from his official Twitter account.