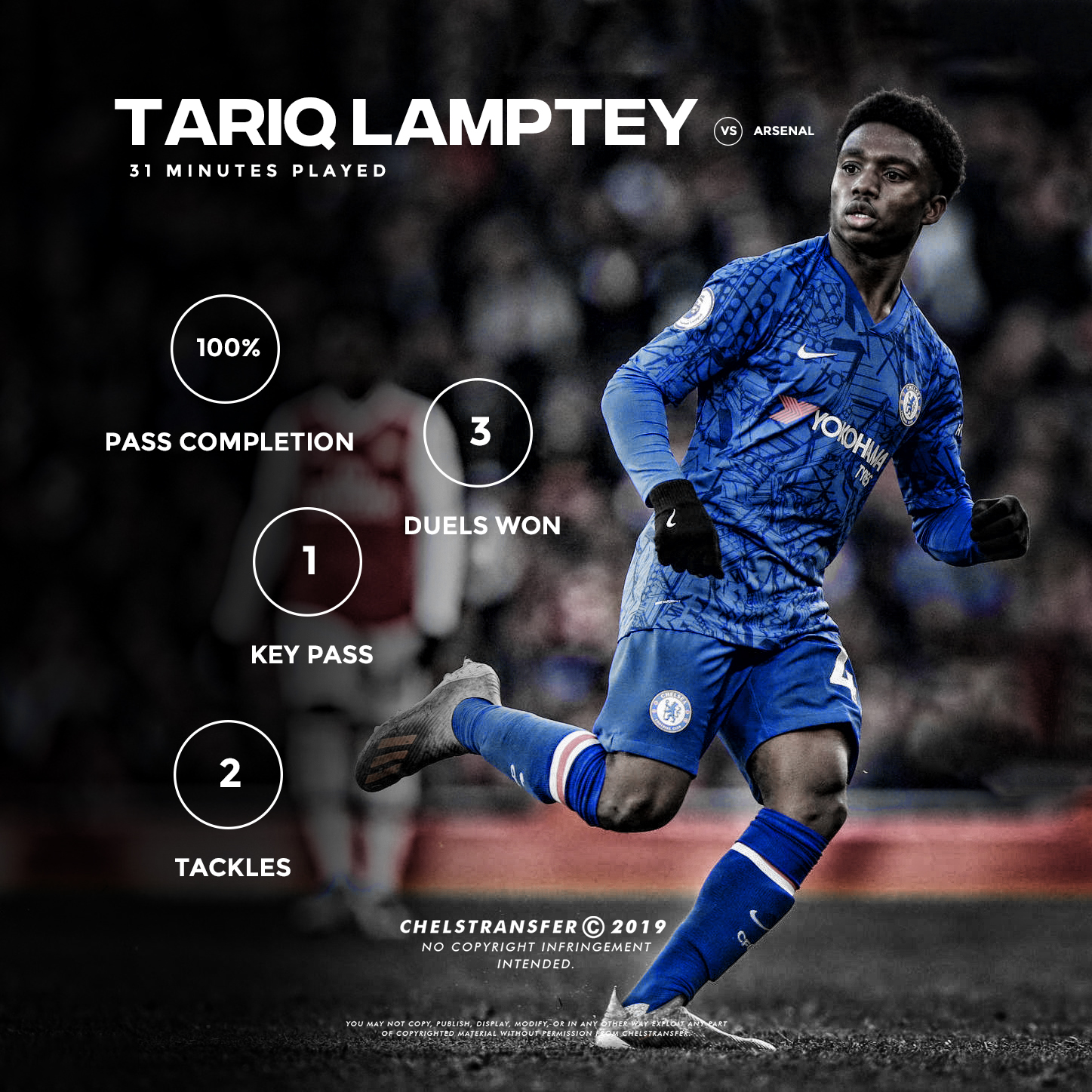 Frank Lampard has praised 19-year-old Tariq Lamptey after his impressive senior debut for Chelsea in their win over Arsenal on Sunday.

Lamptey, was the latest Chelsea academy graduate to be given senior debut by Lampard this season as he was brought on in the second half against Arsenal. The defender impressed on Chelsea’s right flank and was unlucky not to register an assist after playing an excellent pass through to Abraham.

"Tariq Lamptey is a credit to Jody Morris and Joe Edwards because when we sat and analysed the last two days and we knew Cesar Azpilicueta had a small injury and Reece James is injured then we are looking at options for a right-back or right wing-back, "said Lampard.

"They said believe in him, trust in him, because they did and I listened to that. ‘We felt it was the right time to bring him into the game and he was a catalyst because we were getting down the sides and he gave us a little bit more of an edge. ‘He has pace, a low centre of gravity and can go by people.

"He wants to work on his end product but my question to Jody when he came on was has he got the confidence and the personality to deal with this. ‘It is a tough game to come on with the responsibility to try to turn it, and Jody said yeah, no problem, and when he drove inside and slipped Tammy in for a shot, it was a great example of someone coming on a bit fearless and sometimes you get that with youth."

The natural right-back did not only received praise from coach also Chelsea fans who referred to him as the ' game-changer', he finished the game with impressive stats, completing all four of his passes and two tackles.