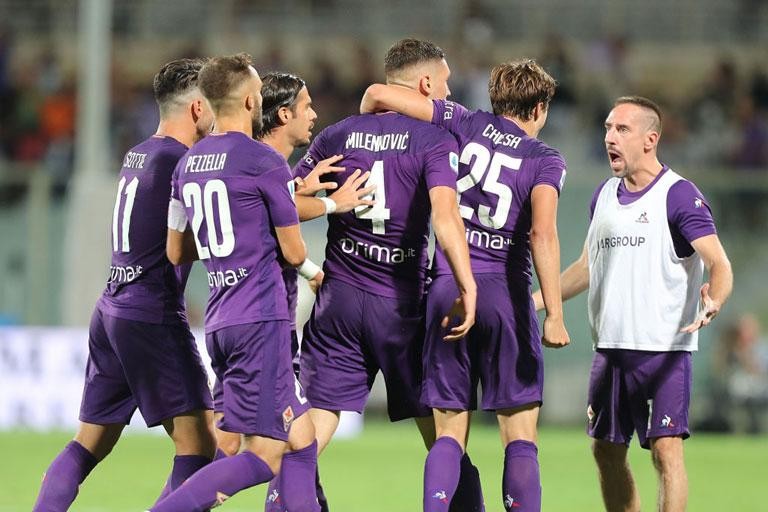 After hitting its initial target in less than 72 hours, Forza e Cuore will continue to raise funds for the hospitals of Florence. Rocco Commisso, his family and everyone at Fiorentina would like to thank all those who have contributed to the amazing success of the Club’s Forza e Cuore fundraising campaign.

In less than 72 hours, the campaign has hit and surpassed its initial target of €500,000, an incredible achievement made possible by the immense generosity of Florence and the whole Viola Family.

Special thanks goes to Fiorentina's American friends, including those at Mediacom, who have shown great affection and support at such a difficult time for Florence and indeed Italy as a whole.

“This is a truly fantastic result, but it comes as no surprise because I’m well aware of the big-heart of the Viola Family”, said President Commisso. “Since I was first welcomed to Florence, in more serene times, I became convinced that our Viola Family would pull together and show amazing generosity in times of extreme difficulty. I want to thank everyone who has donated, regardless of the amount, because we need everybody’s support if we're going to come through this horrible situation. I’d also like to give a special thanks to the Mediacom Family and its American friends for their timely and generous support during this unprecedented crisis in Italy.”

The fundraising campaign won’t stop here – it will continue to run for as long as hospitals, doctors and everyone fighting on the front line against this terrible virus require help, equipment and economic assistance. Our hope is that as many people as possible continue to donate – because we’ll only win this battle if we stay together!

You can find information on how to donate on our website (http://it.violachannel.tv) or by clicking on the following link: https://www.gofundme.com/f/sadjn7-forza-e-cuore