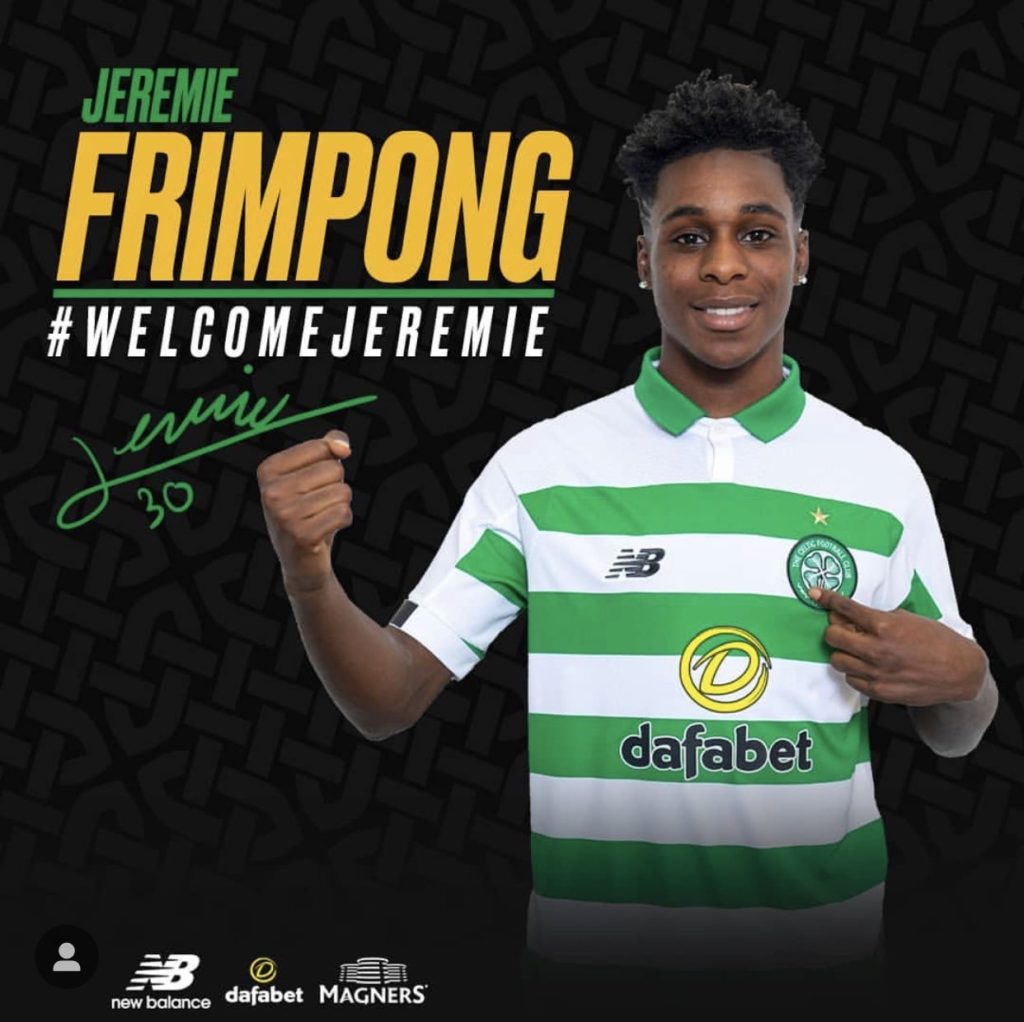 Dutchman Jeremie Frimpong tells how his career took a turn after his Manchester youth coach said four words him.

The 18-year- old right back joined Manchester  city academy at an early age but was unable of developing into the senior team.

However, he has verified himself worthy of that position after his super rocket performance for Scotland champions Celtic.

Starting life as a winger, Manchester City kept him in the shadows, humming, and hawing over his build, the change came when he scored twice against Middlesbrough's academy team and earned a promotion to the U 23.

Shortly after that, the regular right-back was injured and Frimpong filled in as a substitute. After the game, academy coach Alan Wright spoke the four words which changed the course of his life.

Alan said to me: "This is your position." He said: "You could be one of the best right-backs in the world if you master it."

'At first, I wasn't sure. I didn't say yes straight away. I thought about it and thought: 'Let's give it a try.'