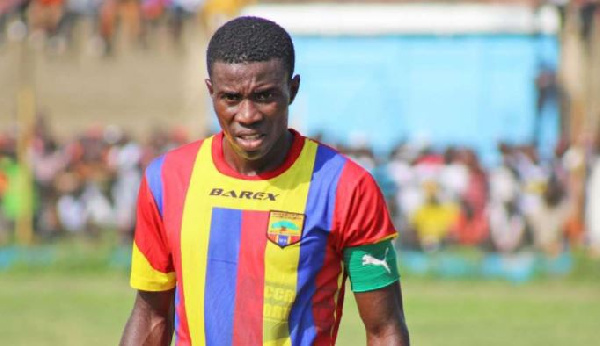 Former Hearts of Oak captain, Thomas Abbey has apologized to the club for comments he made over some unpaid salaries and bonuses in the team’s run-up to the 2017 MTN FA Cup final.

In an interview with Angel TV, the winger who excels as a defender noted that the Phobians lost that final to the Porcupine Warriors before the players were being owed for several months.

That revelation drew a lot of attention as well as the backlash on the player after some of his teammates from that season debunked his claims.

Speaking to Fox FM today, Thomas Abbey has apologized for his comments as he asks for forgiveness from Hearts of Oak.

“I am sorry for my comments. They should find a place in their hearts and forgive me.

“It is never true we played badly because of unpaid salaries and bonuses. My comments were not to cause harm to anybody. For the sake of humanity they should forgive me, the ex-Hearts captain said.

Meanwhile, there are talks that the player might have been forced to apologize for his comments due to pressure from past teammates and the attention in the media.