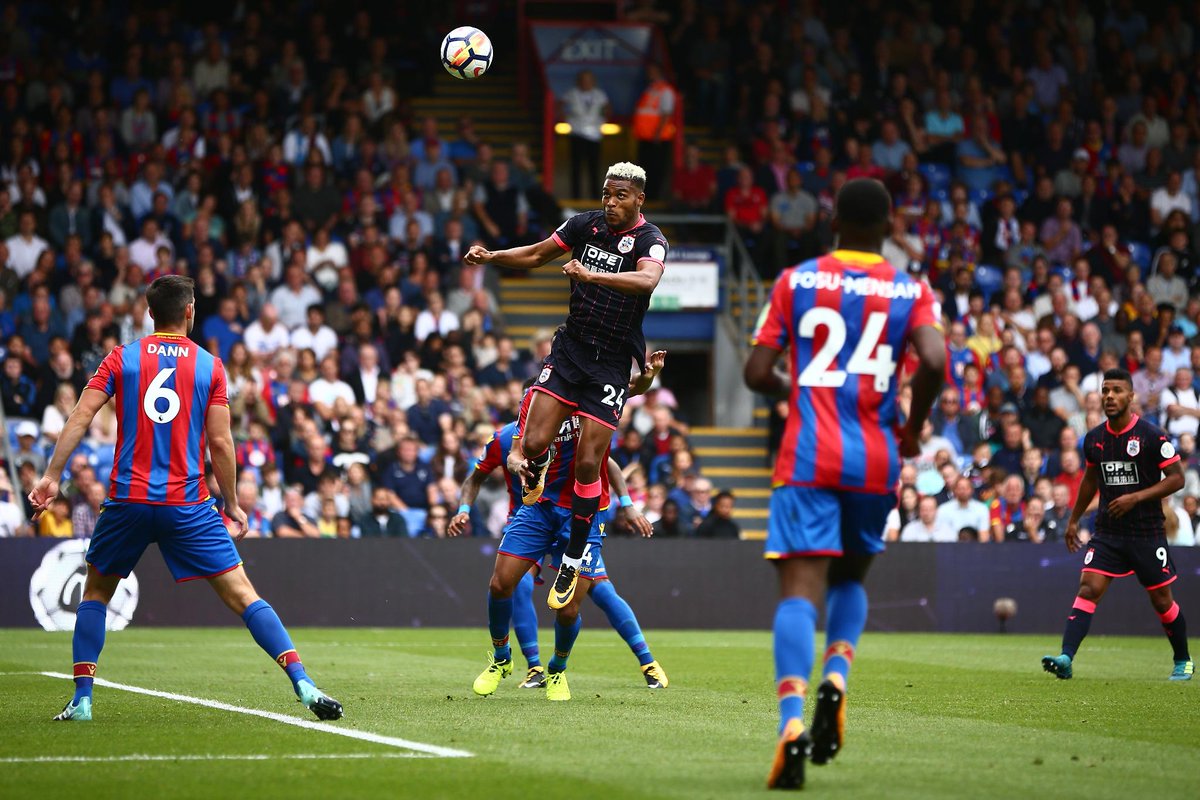 Mensah who completed a loan deal to Palace from Manchester United last week started as a right back and lasted 78 minutes of the game.

It wasn't a dream debut for the 19-year old as his side were hammered 3-0 by the newly promoted side.

The Terriersled when Mathias Jorgensen's header flew in off Palace's Joel Ward.

They doubled their advantage when Steve Mounie powerfully nodded in.

Palace's Scott Dann blazed over, just before Mounie cracked in the third.

And the impressive victory against a poor Palace side puts the Terriers on top of the fledgling table after their opening game.