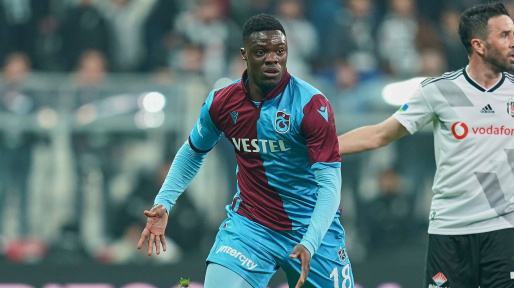 Trabzonspor striker Caleb Ekuban will have a late fitness test ahead of the team's clash with Atakas Hatayspor on Saturday afternoon.

The 26-year-old suffered an injury in recent weeks which forced him to be out of the team for a while. His absence was a blow to the Turkish Super Lig side due to his goal contributions this season.

He has netted nine and assisted three in the league this campaign.

There is a slight chance of him making it to the matchday squad according to reports from Turkey.

He last featured for the Black Stars against South Africa.