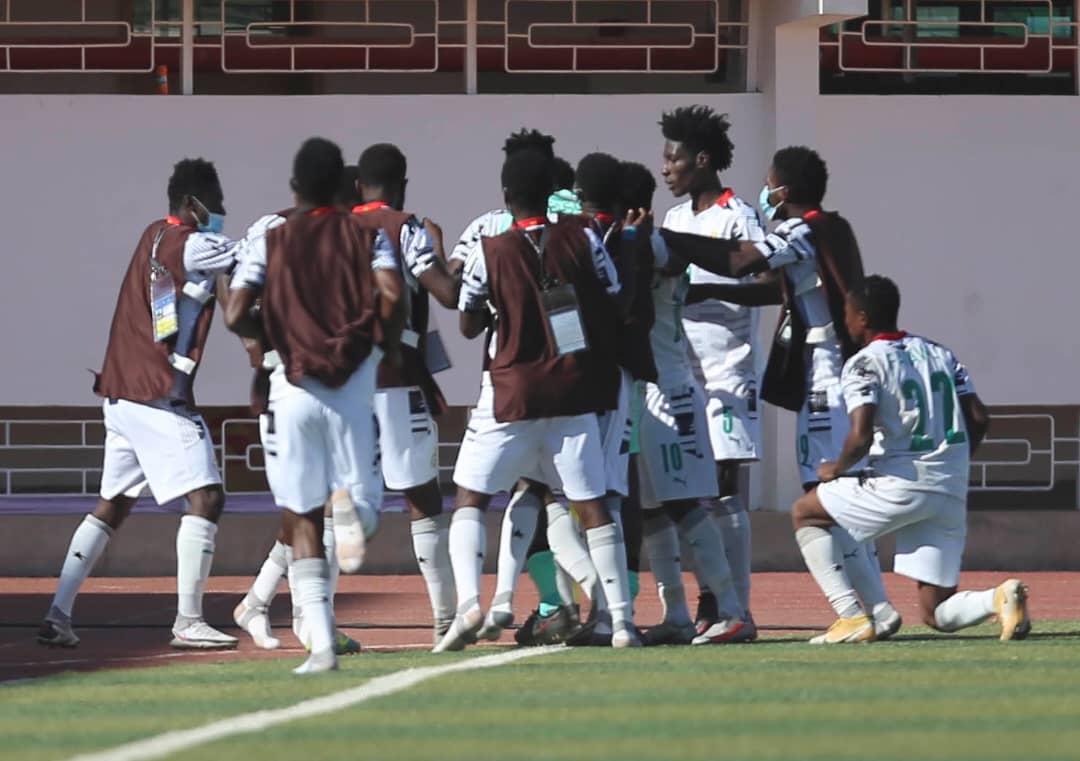 Black Satellites striker, Precious Boah is confident his side will beat Uganda in the finals of the on-going Africa U-20 Cup of Nations on Saturday, February 6, 2021.

Ghana reached the final of the Africa U-20 Cup of Nations for the first time since 2009 as they beat Gambia 1-0 in the first semifinal game played at the Olympic stadium on Monday.

It was a sweet victory for the Ghana U20 team as they revenged that 2-1 defeat against same opponents in their final group game.

Precious Boah broke the deadlock with a direct free kick in the 33rd minute to seal a slim win for Karim Zito's side.

"First of all, I am so happy, and we thank God for the victory," he said after the game against Gambia.

"We are ready to face any team [Uganda] that is going to qualify for the final.

"We are going to prepare and prepare hard; we can do it and we know we will win the cup."

The Dreams FC youngster has scored three goals in five games at the competition, but is behind Uganda’s Derrick Kakooza in the goal king chart, who has five goals, after hitting a hat-trick in the Tunisia game.