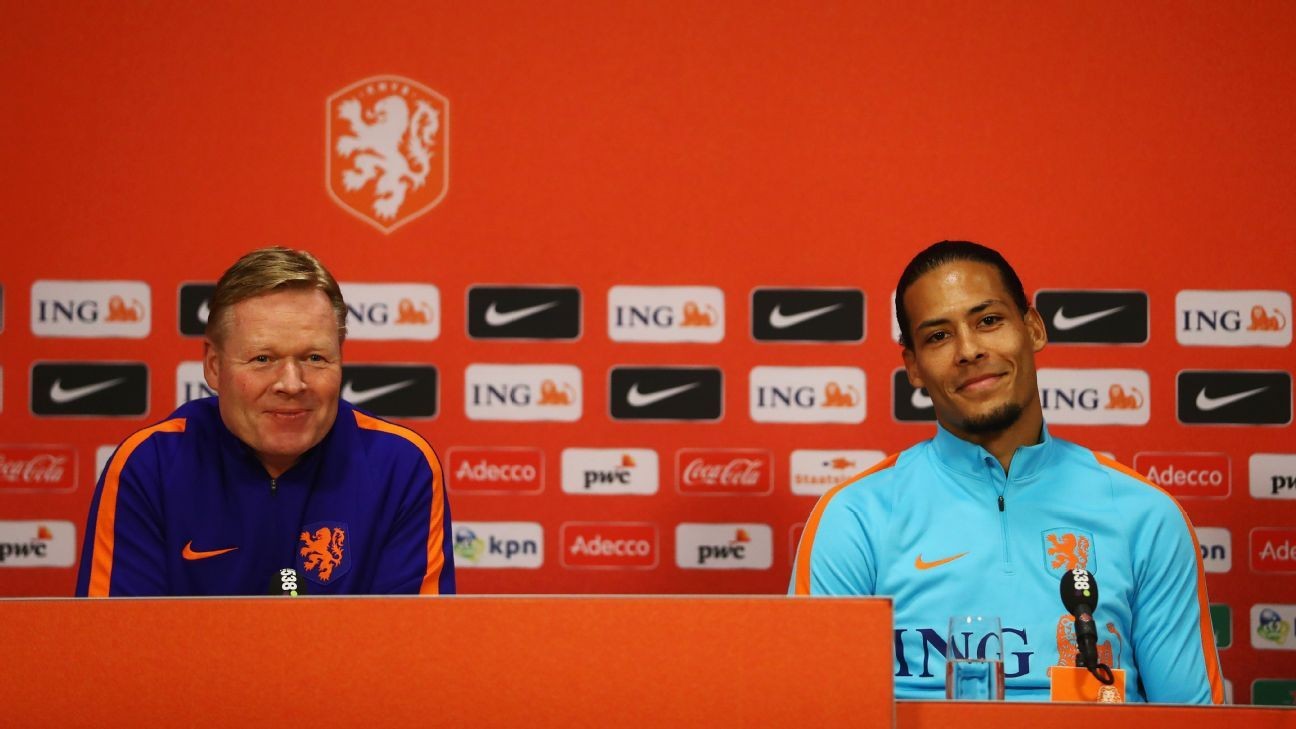 The Netherlands team are disappointed with their coach Ronald Koeman's decision to leave for Barcelona but understand he could not turn down the offer, captain Virgil van Dijk said on Monday.

"It was not a shock but we are all disappointed because we have seen a tremendous coach depart. But it was his dream. We give him that. It is sad for us but we understand," Van Dijk said of Koeman's resignation this month to take up a two-year contract with the Spanish club, where he was once a player.

"The players don't feel let down by Koeman, they only wish him the best," the skipper added as the Netherlands gathered for their two Nations League games in Amsterdam against Poland on Friday and Italy next Monday.

Koeman had been a popular figure among the players and revived Dutch fortunes after failure to qualify for the 2016 European Championship and the 2018 World Cup. After Koeman took over, they reached the final of the last Nations League and secured a berth at Euro 2020, which has been postponed to next year.

His former assistant Dwight Lodeweges is taking charge of the two games but Van Dijk, at a news conference, urged the Dutch football association to appoint a permanent replacement quickly.

"We as a players' advisory body have given them our opinion already. We want to proceed with the vision. We are glad that the association is listening to us but ultimately they must make a choice. But it is equally important that they know how we feel."

Louis van Gaal, who steered the Netherlands to the World Cup semi-finals in Brazil six years ago, expressed an interest in a possible return on a weekend television discussion programme, prompting questions to Van Dijk on Monday about his opinion of the former Manchester United manager's suitability.

"I've never worked with him so I cannot really say much about it. I did not personally suggest his name. But he has done a lot for Dutch football and it is logical that the media are mentioning his name. I'm confident that the association will make the right choice," Van Dijk responded.