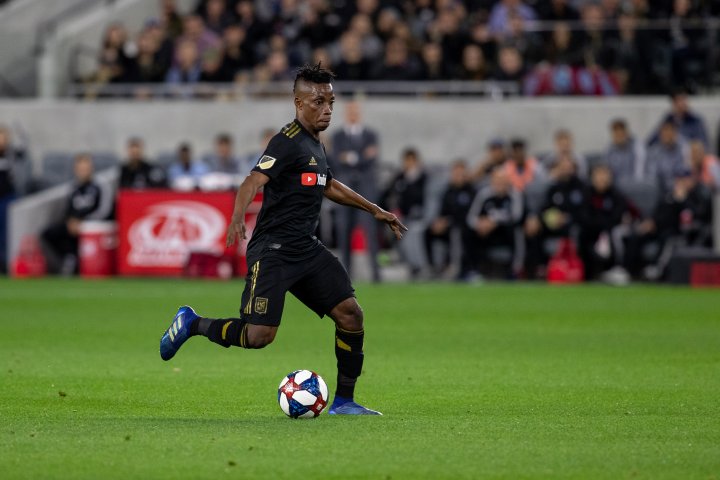 Blessing put up an impressive display to help his side advance ahead of Zlatan Ibrahimovic-led LA to the semifinal of the MLS playoff at the Banc of California Stadium.

Los Angeles FC took the lead in the 16th minute through Carlos Vela who finished from close range.

Vela bagged his brace in the 40th minute after Blessing weighed in a perfect through ball to Brian Rodriguez who teed up a low cross to him to tap into an empty net.

But Argentine midfielder Cristian Pavon brought Galaxy back into the game a minute later before Zlatan Ibrahimovic leveled the score line 10 minutes after recess.

However, a brace from Adama Diomande and a goal from Diego Rossi late on in the match were enough to beat Galaxy 5-3.

The Ghanaian lasted the entire entire duration of the game.

Los Angeles will face Seattle Sounders who defeated Real Salt Lake 2-0 in the other quarterfinal match at the semis.

Watch Blessing’s through ball which led to the Los Angeles FC’s second goal of the match below: