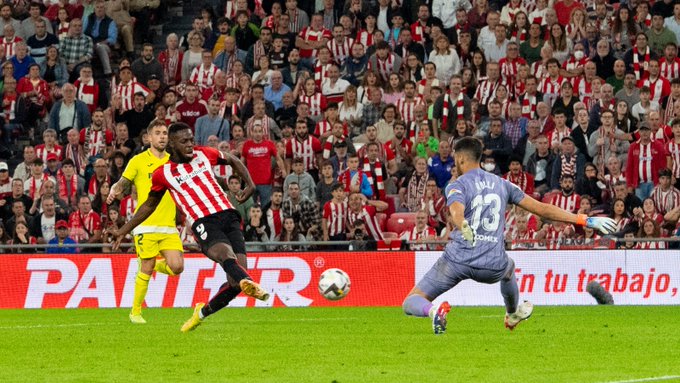 Ghana international, Inaki Williams was the hero for Athletic Bilbo on Sunday when the team defeated Villarreal 1-0 in the Spanish La Liga.

The highly-rated striker started alongside his broth Nico Williams in the attack of his team as they hosted the Yellow submarines.

Right from the start of the game, Inaki Williams displayed a willingness to win the game as he made runs into the half of the opponent to cause all sorts of trouble.

Although Athletic Bilbao will create several chances in the first half, the team could not score and had to settle for a draw at halftime.

In the 59th minute of the second half, Inaki Williams won the game for his team when he scored with a fantastic effort.

Though there were other chances for the two teams, later on, there were no other goals, leaving Athletic Bilbao to grab the maximum three points at full time.

He was adjudged Man of the Match after the game.

Williams has now scored four goals and provided one assist in 11 appearances across all competitions for Athletic Bilbao this season.

He is expected named in Ghana's squad for the upcoming 2022 FIFA World Cup in Qatar.

Watch Inaki Williams' goal for Athletic Bilbao against Villarreal below: