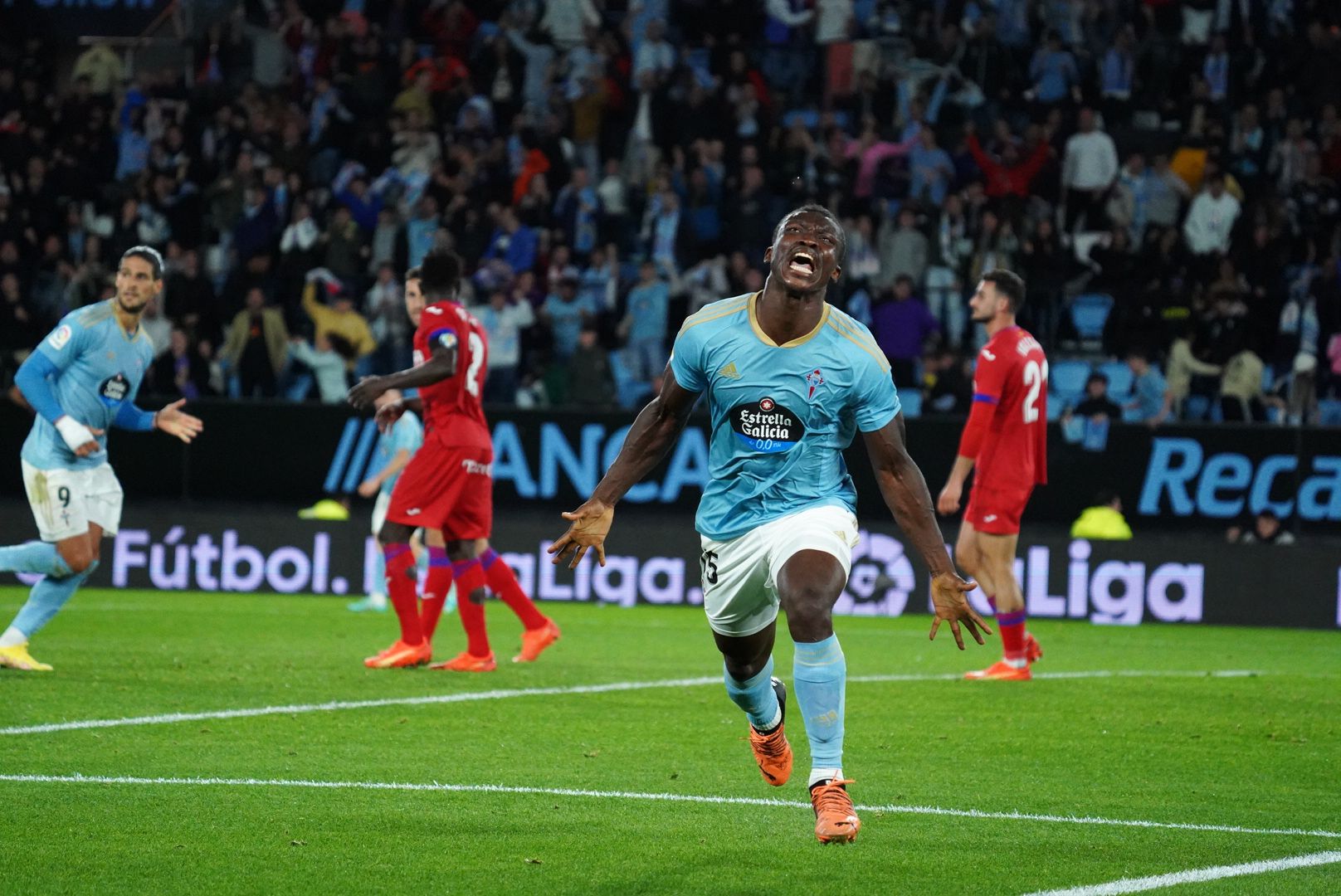 Ghana defender Joseph Aidoo was in action for Celta Vigo on Monday night and scored late to save the team from a defeat to Getafe in the Spanish La Liga.

The defender started in the heart of defense of the Sky Blue outfit when the team hosted the matchday 11 opponent of the Spanish top-flight league.

In the final minutes of the first half, Getafe took the lead through Enes Unal and held on to lead at the break.

It was all thanks to Black Stars defender Joseph Aidoo who powered home a thumping header to restore parity for Celta Vigo.

His crucial goal meant that at full-time Celta Vigo grabbed a crucial point to stay high above the relegation zone of the standings of the Spanish La Liga.