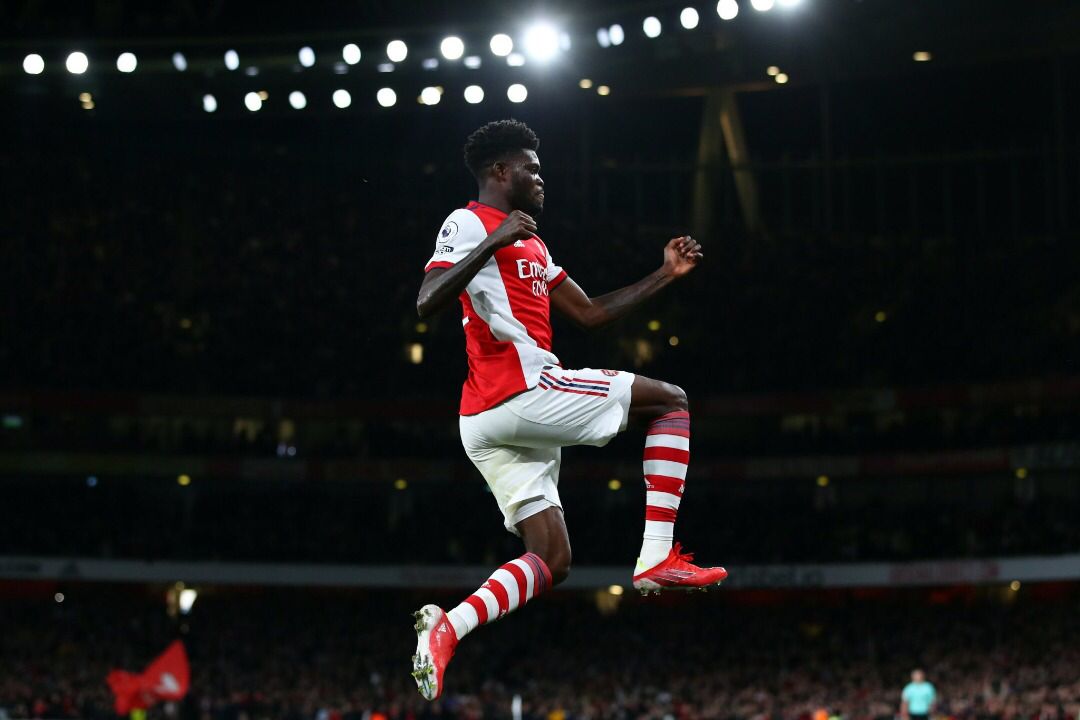 Ghana international, Thomas Partey netted his first goal for Arsenal in the English Premier League on Friday night as his team cruised to a 3-1 win against Aston Villa.

The highly-rated midfielder joined the Gunners in the summer transfer window of 2020 in a move that saw him end his stay in Spain where he played for Atletico Madrid.

Although he had a good first season, injuries meant that he spent months on the sidelines.

With no goal in the English Premier League at the end of the 2020/2021 football season, Thomas Partey has today netted his first in the 2021/2022 football season.

He started for Arsenal today when the side hosted Aston Villa at the Emirates Stadium in the league.

After his equalizer, goals from Pierre-Emerick Aubameyang, and Emile Smith Rowe powered the side to win 3-1 at the end of the game.

On the matchday, Jacob Murphy grabbed the consolation for Aston Villa in the 82nd minute.