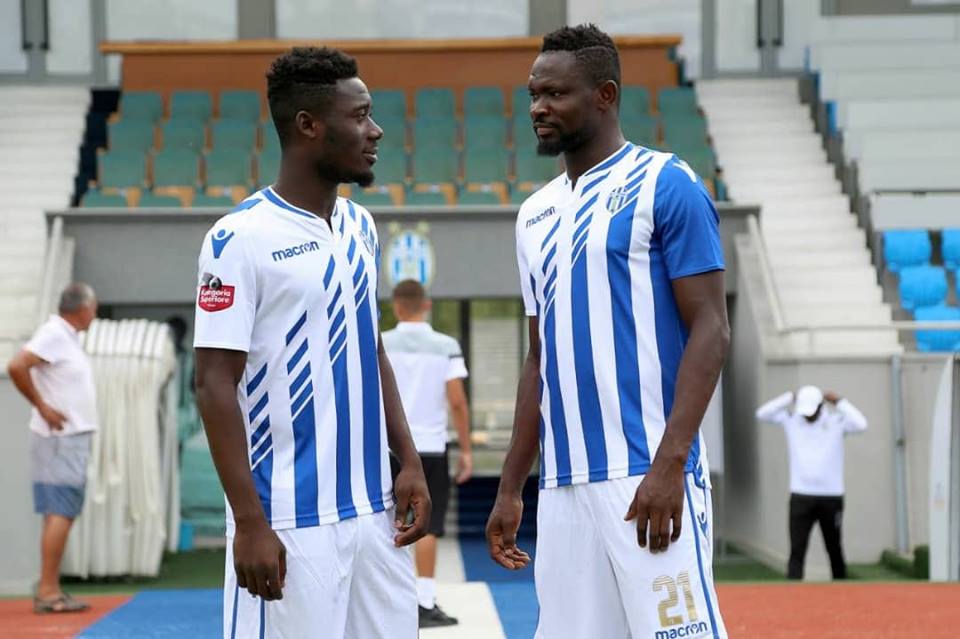 Ghanaian duo Vincent Atinga and Winful Cobbinah have got a new manager at their club FK Tirana.

The Albanian side have appointed former player Ardian Mema to replace Brazilian manager Jose Marcelo Ferreira on a one-year contract.

The former Hearts of oak players will have to work extremely hard to enjoy more playing time under the new manager Ardian Mema.

Atinga, has played five out of the club’s nine league games where as Winful Cobbinah on the other has featured in all nine league matches for his side in the ongoing Albanian top-flight league.

Tirana are ranked seventh on the 10-team table with a paltry eight points collected from two wins and as many draws.