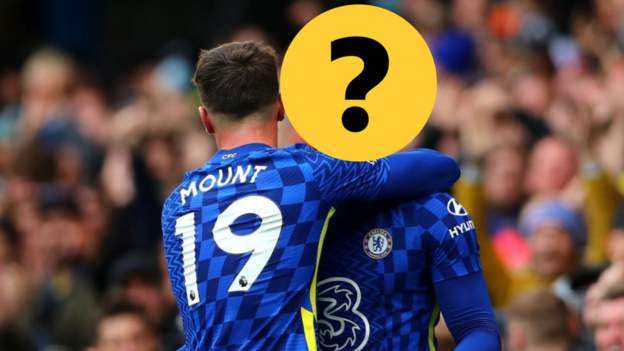 Liverpool heaped the pressure on Manchester United and boss Ole Gunnar Solskjaer with a 5-0 thrashing at Old Trafford on Sunday.

Meanwhile, Southampton drew 2-2 with Burnley, Leeds and Wolves shared a 1-1 draw and it was also 1-1 between Crystal Palace and Newcastle.

Check out my team of the week and then make your own selections towards the bottom of the article.

The first-half save from Mason Greenwood was an indicator that Alisson was up for this match and prepared to take on all comers. His save from the feet of Cristiano Ronaldo was yet another one-on one stop I have seen the Brazil international make this season.

He made a similar save in midweek against Atletico Madrid in the Champions League. When it comes to one-on-ones Alisson is arguably the best around.

Did you know? Alisson has kept seven clean sheets in his past 10 Premier League matches, making three saves in Liverpool's 5-0 win at Old Trafford.

Reece James: I'm in awe of a Chelsea squad that is producing some amazing home-grown talent.

Callum Hudson-Odoi, Ruben Loftus-Cheek and without doubt the jewel in the crown, James. There was a time, not so long ago, when English players couldn't get a game in the Premier league. Not anymore.

Did you know? James has been directly involved in four Premier League goals in four starts this season (two goals, two assists). He had only scored once in his first two Premier League seasons.

Virgil van Dijk: Well, what can I say about my favourite defender. In a game where Liverpool won 5-0 against a top-four contender, his partner Ibrahima Konate was quietly outstanding in what will be remembered as one of the great victories by a Liverpool side at Old Trafford.

As for Van Dijk it seemed like just another day at the office.

Did you know? Van Dijk has only ended on the losing side in five of his past 91 Premier League matches.

Ibrahima Konate: The French centre-back - signed in the summer from RB Leipzig - is the latest addition to this Liverpool team and fits like a glove.

No frills or skills but he does use his power and strength to maximum effect. This wasn't Chelsea versus Norwich but Manchester United against Liverpool and Mason Greenwood, Cristiano Ronaldo and Marcus Rashford hardly had a kick. Like Naby Keita, Jurgen Klopp seems to have made another extremely astute purchase in Konate.

Did you know? Konate made eight clearances against Manchester United, the most of any player in the match.

Did you know? Chilwell became the first Englishman to score in four consecutive Premier League appearances for Chelsea since Frank Lampard in February 2013.

Naby Keita: The coolness in which Keita took his goal at Old Trafford just blew me away. Yes, he should have scored but he was facing an in-form David de Gea and I've seen so many midfield players bottle it in those positions and miss their opportunity. Keita, however, was as cold as ice.

The Guinea international started this match against Manchester United to my surprise but didn't disappoint. The one area that doesn't appear world class is Liverpool's midfield and yet they destroyed United, especially in the opening 15 minutes. Manager Jurgen Klopp has got these lads flying.

Did you know? Keita scored and assisted in a Premier League game for the first time since December 2019 against Bournemouth.

Mason Mount: It was good to see Mount back in a Chelsea shirt and among the goals again. However, this wasn't about Mount but Norwich. Six league defeats and two draws out of eight games and Daniel Farke is still there? I said as early as the first game of the season that Norwich were down and it is as much the owners' fault as the manager.

Norwich have made no attempt to avoid what is painfully obvious to me. They are happy to enjoy their time with the Premier League but not prepared to make the investment to at least try to stay there. It's shameful.

It really isn't good enough but what I don't understand is why do Norwich fans seem to accept it? That's the most disappointing thing.

Did you know? Mount became the 20th different player to score a Premier League hat-trick for Chelsea - only Arsenal (21) have had more.

Bernardo Silva: It never ceases to amaze me that whenever a major influence at Manchester City gets injured another one steps in and takes centre stage. When Kevin de Bruyne was out of action it was Ilkay Gundogan who stepped in a pulled the strings.

Now with Gundogan coming back from injury and De Bruyne still finding his best form it's been Silva who has been the driving force in the Manchester City side this season. Such was the case against Brighton. I suppose that's what happens when you have the resources City have got.

Did you know? Silva set up Manchester City's first goal against Brighton, his first assist in the Premier League this season.

Mohamed Salah: I watched it but I couldn't believe it. Manchester United 4-0 down at home to Liverpool after 45 minutes. The architect of their downfall - Salah. I watched the Egyptian when he played for Chelsea and then left for Fiorentina then Roma, where he became top class.

He turned up at Liverpool and became a world class player but not the best in the world. The way he is playing at the moment I don't think there is a player who can live with him. I've said all this season Salah is unplayable at the moment and I see titles on the horizon again here.

Did you know? Salah became the first opposing player to score a hat-trick at Old Trafford since Dennis Bailey in January 1992 for QPR.

Joshua King: On King's return to Goodison Park he scores a hat-trick, provides Claudio Ranieri with his first win for his new club and puts the nightmare of Liverpool and Salah's 5-0 hammering last week well and truly behind them.

If a week's a long time in politics it must have felt like a lifetime for Watford. Two very different outcomes against two Merseyside clubs. To see boss Rafa Benitez standing on the touchline motionless and assistant manager Duncan Ferguson with his head in his hands said all you needed to know about Everton's performance.

Did you know? King became just the third player to score a Premier League hat-trick against a side he has previously played for in the competition, after Andy Cole (for Man Utd v Newcastle) and Marcus Bent (for Wigan v Blackburn).

Phil Foden: While the debate rages on about Foden's best position, he should count himself very lucky he's playing for a manager who encourages total football. I counted six City players in the Brighton penalty area during one counter attack. There is no doubt that Foden has adapted admirably to the free flowing football of Manchester City.

However, what is his best position? He can play on the left of a three-man attack, or the top of the diamond or in midfield but he is not a centre forward and the sooner Pep Guardiola stops trying to make him into one the better.

Did you know? Foden was directly involved in three goals in a single Premier League game for the first time (two goals, one assist).

Pick your team of the week

I said last week in this column that Steve Bruce was nothing more than a 'caretaker' manager and so it proved. In only a matter of days the manager of Newcastle United had become their former manager having just celebrated his 1,000th game in league management.

It would appear that the new owners from Saudi Arabia had done the right thing by sacking Bruce and not prolonged the inevitable.

I might have applauded their decision to relieve Bruce of his duties if the country from which the owners came actually had a human rights record or, at least, one they could be proud of - but they don't - so I won't.

Newcastle may have rid themselves of one problem by wrestling themselves free from Mike Ashley but they have now saddled themselves with a greater problem of being guilty by association.

Amnesty International's insistence that the human rights campaign group meet with the Premier League, to have their concerns about Saudi Arabia's involvement with the most prestigious league in the world satisfied, is about as concerning as it gets.

The question is however, should Newcastle United be held to a higher moral standard than others who do business with that part of the world?

I have always had a problem with people who, for some reason, expect footballers to behave better than ordinary members of the public for no other reason than they are professional footballers.

The game and its participants provide a level of entertainment that is unsurpassed and we should leave it like that. To expect anything else from the game is unrealistic, unfair and unreasonable.

Our leaders and elected officials are the ones charged with setting our moral compass not football.