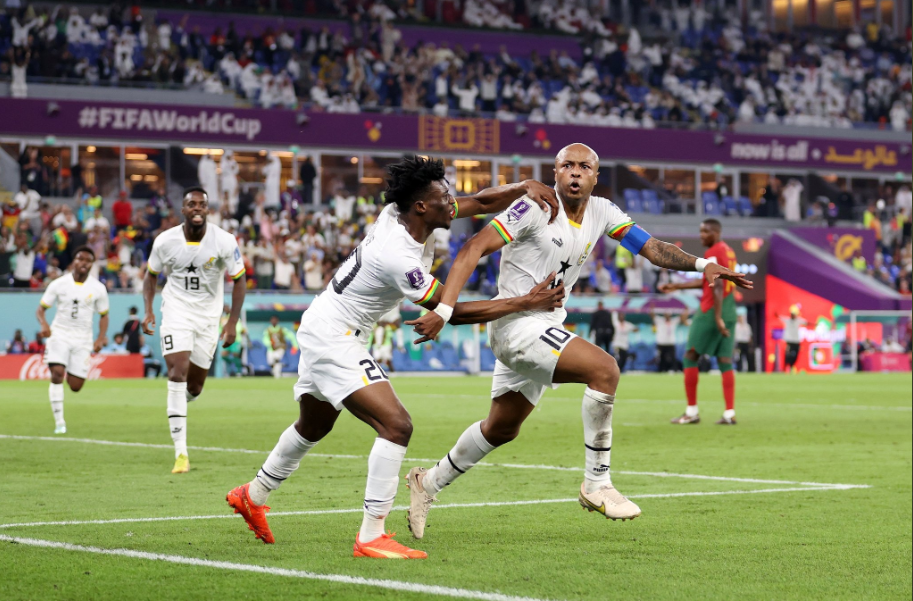 The Al Sadd forward scored the first goal for the Black Stars against Portugal with Osman Bukari scoring late in a 3-2 defeat against the European side in their Group H opener at the 974 Stadium.

Gyan, who was speaking on SuperSport as a pundit lauded the Black Stars captain despite the painful defeat.

"I have played with Andre Ayew and he is just magnificent. He is a winner and that is his character," he said on SuperSport.

"You look at the link-up play and how patiently he scored that goal, he is just a super player," he added.

The Black Stars will hope to secure their first win against South Korea in their second group game scheduled to be played at the Educational City Stadium.

Kick-off has been scheduled for 13:00GMT on Monday.

The win takes Portugal top of the group but the 0-0 draw between South Korea and Uruguay earlier in the day means today’s loss might not prove to be too costly for the Black Stars.