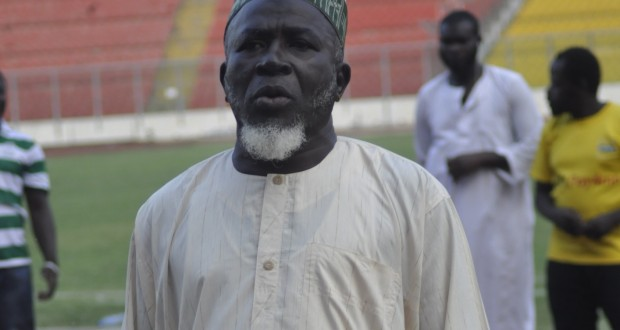 All football leagues including the Ghana Premier League have been suspended since mid-March following a ban on all public gatherings as part of the measures to curb the spread of the disease.

The Ghana Football Association (GFA) has said it will wait until at least June 30 to make a decision on the future of the league.

According to Alhaji Grusah, the government should disapprove the resumption of football by the FA until we are declared a virus free nation.

"In the wake of the Covid-19 outbreak in Ghana, I advised the GFA to stop the league. Some of the journalists said I was saying so because I was bottom of the league table," he said.

"Now these same Ghanaians who lack foresight are saying Germany has resumed their league so we should follow suit, do you know the conditions given to the Germans…Can Ghana replicate same?

"I am advising government to not allow resumption of playing football in Ghana until this COVID-19 is over. France have stopped their league, Holland have, Belgium have, likewise Burkina Faso. And what are Ghanaians saying, who are you and what at all do you want to prove in this world," he concluded.

The 2019/20 Premier League was at its matchweek 15 stage when it was halted with Aduana Stars leading the table with 28 points.