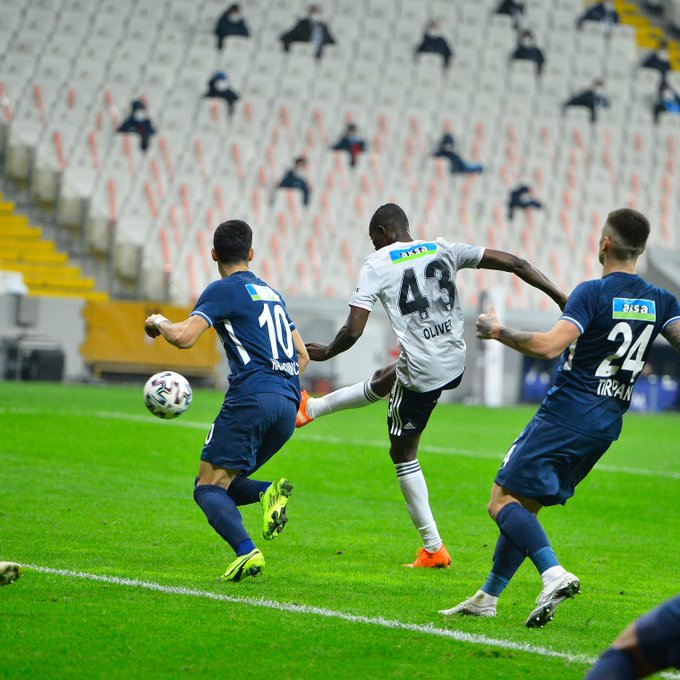 Ghana international Bernard Mensah scored for Besiktas on Friday evening when the team defeated Kasimpasa 3-0 in the Turkish Super Lig.

The exciting midfielder and his team were in action today at the Vodafone Arena for a Matchday 10 fixture of the ongoing 2020/2021 campaign.

Playing a role higher on the pitch, the former Kayserispor poster boy displayed fine form throughout the first half.

In the dying minutes before the break, Bernard Mensah scored with a striker’s effort to open the scoring for Besiktas.

With goals from Atiba Hutchinson and Vincent Aboubakar in the second half, Besiktas cruised to a comfortable 3-0 win against Kasimpasa.

On the Matchday, Bernard Mensah lasted for 75 minutes of the game before making way for Valentin Rosier.

This season, the midfielder has featured in 9 Matches for his club in the Turkish Super Lig and now has 2 goals to his name.